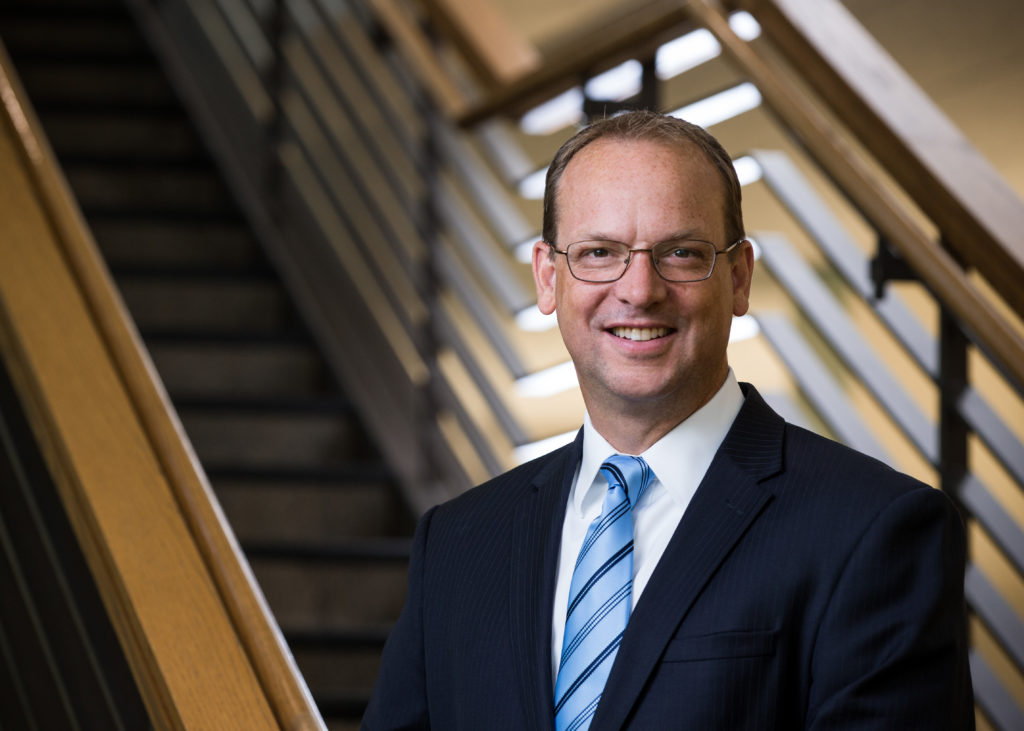 For a summary of David Moore’s investiture ceremony, click here.

Even before the International Center for Law and Religion Studies was founded in 2000, two of its strongest supporters were Sterling Colton, a lawyer and cousin to law professor W. Cole Durham, Jr., and Sterling’s wife Eleanor Ricks Colton.

In 2008, the Coltons continued their longtime support of the Center by establishing the Sterling and Eleanor Colton Endowed Chair in Law and Religion, a Chair designed to facilitate the Center’s international efforts to advance the human right of freedom of religion or belief. In January 2021, through a maturing of the Chair’s vision, ICLRS Associate Director David H. Moore became the first occupant of the Sterling and Eleanor Colton Chair.

“It’s special to be appointed to this Chair that is named after people who have dedicated their lives to doing good, particularly in making a difference in international religious freedom,” Professor Moore said. 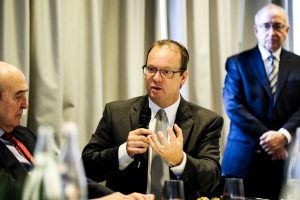 Professor Moore joined the International Center for Law and Religion Studies in 2019 as an Associate Director. His work has primarily focused on Latin America and Africa.

“Dave Moore and the Sterling and Eleanor Colton Chair is a match made in heaven,” he said. “Professor Moore is immersed in work advocating for human rights, dignity for all, and religious freedom for all people. He is deeply and uniquely qualified to fill the Chair and will add luster to the Coltons’ generosity and vision in establishing it.”

As an Associate Director of the International Center for Law and Religion Studies, Professor Moore has focused his work primarily on Latin America and Africa. He is currently leading an initiative to create training materials on international religious freedom issues that can be used to train government officials, civil society members, and academics. The materials will first be used to train members of the Office of Human Rights in Guatemala and then throughout the world.

Professor Moore began teaching at the J. Reuben Clark Law School in 2008 and became an Associate Director of the International Center for Law and Religion Studies in 2019 after returning from two years as Acting Deputy Administrator and General Counsel at the United States Agency for International Development (USAID), the government organization responsible for providing foreign aid to the developing world. In 2020, he served a brief term on the UN Human Rights Committee.

In addition to his research and Center activities, Professor Moore continues to teach classes at the law school.

Professor Moore’s desire to positively influence the lives of others is paralleled by the namesakes of the Chair he holds. Sterling and Eleanor Colton’s oldest son, David, said his parents cared deeply about the wellbeing of people all around the world.

“Perhaps that love of people was their driving force behind supporting religious freedom,” he said. They had what David calls “an abundant heart.” 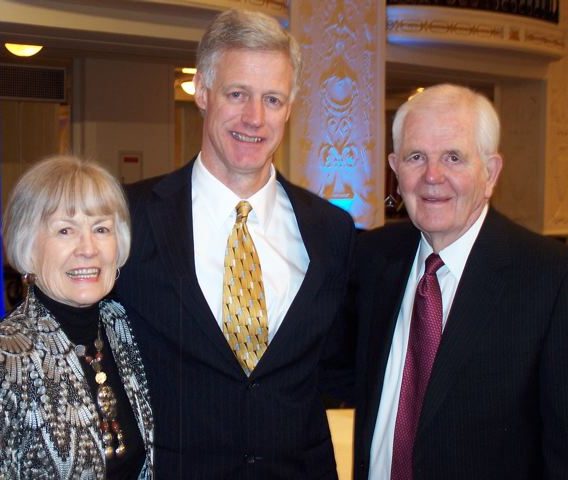 Eleanor Colton, then-BYU Law Dean Kevin Worthen, and Sterling Colton on the occasion of the Chair’s establishment in 2008.

“One of the great lessons of my parents to me, and hopefully to others by establishing the endowed chair, is the importance of abundance, of giving what you have to make the world a little bit better,” he said.

And the Coltons did just that—not only serving with their resources but also with their time and loving concern. They provided extensive service to The Church of Jesus Christ of Latter-day Saints, including as mission president and companion of the British Columbia Vancouver Mission and as temple president and matron of the Washington D.C. Temple.

Sterling and Eleanor met as undergraduate students at the University of Utah. Eleanor, who grew up in Idaho Falls, Idaho, graduated with a degree in elementary education. Sterling, who grew up in Vernal, Utah, graduated in banking and finance and went on to graduate from Stanford Law School. After serving in the Judge Advocate General Corps, he practiced law at the Salt Lake City law firm Van Cott, Bagley, Cornwall, and McCarthy before joining the Marriott Corporation and Marriott International in the roles of executive vice president, general counsel, vice chairman, and director. He passed away in 2019 from Parkinson’s disease.

David Colton, who encouraged his parents to set up the endowment, is grateful to see his parents’ name used to advance the cause of religious freedom they cared so much about.

“Looking at David Moore’s resume, you can see someone who’s dedicated to public service as well as to the law, as well as to religious freedom,” he said. “And he’s jumped right in and really made an influence at the Center. So we’re excited to have his name tied with our name, and we’re probably more honored than he is.”

Professor Moore is grateful that the Coltons’ generosity enables the work of the Center to move forward.

“The work of the Center is so important because it is focused on human dignity—that is, trying to secure the dignity that every human being deserves by the fact of being human,” Moore said. “I definitely feel privileged to receive a position tied to such wonderful people.”