Director of the Wahid Institute, Member of the Global Council on Faith 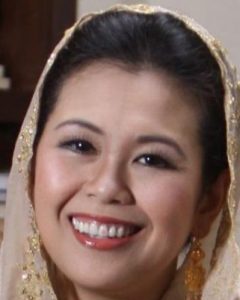 Yenny Wahid, the second daughter of H.E. Abdurrahman Wahid, was a former journalist for the Australian newspapers, The Sydney Morning Herald and The Age. A graduate from Harvard University’s Kennedy School of Government where she obtained a master’s degree in Public Administration, Yenny was appointed as a member of the special staff for political communication working in the office of President Yudhoyono in 2006, before leaving a year later to concentrate on her work with grass roots communities. In 2009 she was named as one of the Young Global Leader honorees by the World Economic Forum, along with the likes of Tiger Woods and Mark Zuckerberg. She is currently, amongst other positions she holds, a member of the Global Council on Faith.