A recent LL.M. graduate, Vinicius entered BYU Law in the fall of 2019 after working for four years as an attorney in Brazil. With experience in tax law, family law, and consumer rights, Vinicius arrived at BYU in part because of his experiences being harassed for his religious beliefs and his desire to learn more about religious freedom.

“In Brazil we are mostly Christians, so there is no problem in attending a church, praying, or sharing your beliefs with most of the people, but sometimes my faith and beliefs would be tested by [workplace] superiors,” he said. 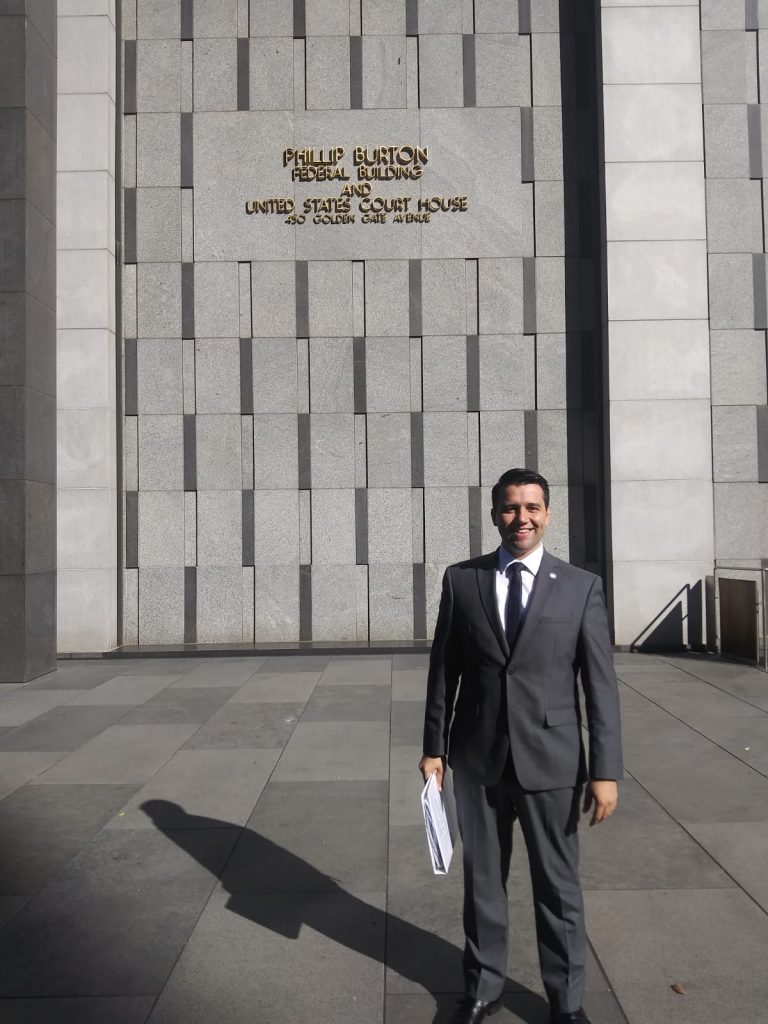 While at BYU Law, Vinicius had the opportunity to attend a legal training in San Francisco on case management and mediation. Here he stands in front of the Phillip Burton Federal Building and U.S. Courthouse in San Francisco.

Vinicius became aware that the treatment he had received in previous workplace experiences was not just uncomfortable but wrong while working as in-house General Counsel for The Church of Jesus Christ of Latter-day Saints in Brazil. There, he came in contact with some of BYU’s religious freedom scholars who taught about what religious freedom is. He also learned about BYU Law’s International Center for Law and Religion Studies.

These scholars sparked Vinicius’ interest in religious freedom. “They shared things about religious freedom that made me think about the times I faced little challenges just because of my beliefs,” he said. Vinicius’ previous employment experiences had included people pressuring him to act in ways that were not harmonious with his beliefs. “It happened to colleagues of different religions too, and that impacted me enough to begin thinking about the topic,” he said.

His personal experiences and interactions with Center scholars influenced Vinicius to attend BYU Law. An important part of Vinicius’ BYU Law experience has been expanding his understanding of international religious freedom—and how to make a difference.

“When I came here to the Center, I got more knowledge,” he said. “I was surrounded by people with this knowledge, and I would hear things from them; I would see them working and how they do things and make things happen,” he said. He is grateful his increased knowledge will help him “defend against” the kind of harassment he previously experienced.

While at BYU Law, Vinicius had the opportunity to assist the Center in several ways, including researching current events about law and religion in Brazil, interpreting in a training for a Judge of the Court of Appeals of Sao Paulo, and assisting with the annual International Law and Religion Symposium.

During the symposium, he had the opportunity to learn from a judge from Brazil, who described many important aspects of religious freedom. Vinicius enjoyed attending trainings with him and getting to learn from him. “That was one of the most enriching experiences I had, at BYU [Law School] and with the Center,” he said. 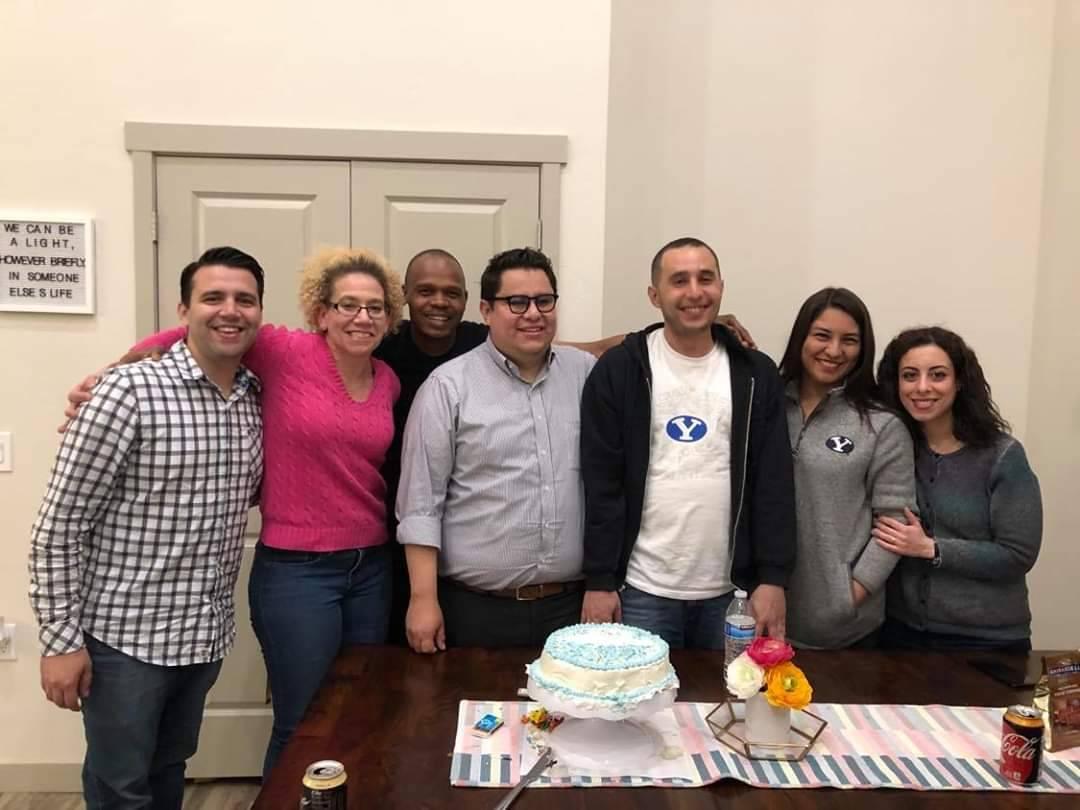 Vinicius enjoys some time outside of class with fellow law students.

Vinicius says that one of the things he’s been grateful for is the support he’s received from his classmates and faculty.

“Here at BYU Law, and working with the Center, there is no way you will have few things to do,” he said. “What has been helping me is that the people really believe in us….They are [saying], ‘You can do it! You’re good enough to accomplish the things that you’re assigned to.’”

When he first came to law school, Vinicius said he sometimes felt intimidated by his bright classmates, even with several years of legal experience. Fearful feelings soon faded, however, as he got to know his classmates better. “At the same time that they have much to offer, they open themselves to learn from us that have more experience. …They actually do care about each one of us,” he said. “The classmates here at BYU Law—they’re incredible.”