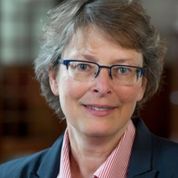 Prof. Dr. S.Ch. Sophie van Bijsterveld graduated in law at the University of Utrecht. She received a doctorate in Law at Tilburg University. She was Assistant Professor of Constitutional and Administrative Law, Associate Professor of European and International Public Law, and Professor of Religion, State and Society at Tilberg’s School of Humanities. Since September 1, 2014 she has been Professor of Religion, Law and Society at the Radboud University in Nijmegen. Dr. van Bijsterveld has lectured and published extensively in the fields of (international) human rights protection, religious liberty, constitutional law, and hybrid governance. Among Dr. van Bijsterveld’s more than 200 publications are a great number of the conference papers she has delivered in venues worldwide and the books Burger tussen religie, staat en markt; Overheid en godsdienst: Herijking van een onderlinge relatie; and The Empty Throne: Democracy and the Rule of Law in Transition. Journal articles include ‘The Dutch model of positive neutrality in European context’, The Review of Faith & International Affairs, 8(2), 2010; ‘The Permissible Scope of Legal Limitations on the Freedom of Religion or Belief in the Netherlands’, Emory International Law Review, 19(2), 2005; and a series of annual articles on Church and State in the Netherlands for the European Journal for Church and State Research. She has contributed chapters on Church and State and Church Autonomy in the Netherlands in major anthologies by such scholars as Gerhard Robbers, Hildegard Warnink, and Cole Durham and Javier Martínez-Torrón (International Association of Comparative Law). From 2007 to 2019, Dr. van Bijsterveld was a member of the Dutch Upper House of Parliament for the Christian Democratic Party. She is also a Member of the Board of the Scientific Institute of the Christian Democratic Party in the Netherlands.