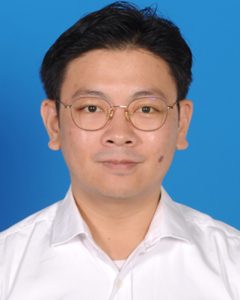 Human Rights Lawyer; Director of Lawyer Kamek for Change
Simon Siah received his law degree with honors from the University of the West of England, United Kingdom, and obtained his Certificate in Legal Practice from Brickfields Asia College in Malaysia. He is a named partner at the Messrs Simon Siah, Chua and Chow Advocates law firm in Kuching, Sarawak; the firm is known for having successfully argued several landmark cases on human rights issues. In 2016, Siah and his partners successfully argued for a Muslim who was converted as a child to be declared as a non-Muslim. This was a pioneering case in Sarawak and the decision has been quoted and followed as a precedent in Malaysia’s Federal Court. In 2021, Siah also successfully represented six youths to compel the Malaysian government to implement lowering the voting age from 21 to 18 years old by the end of 2021. Because of this case, the government has since allowed voters aged 18 to 20 years to vote in both the Parliamentary and state elections. Siah is actively involved in the human rights movement in Sarawak and is a director for Lawyer Kamek for Change (LK4C, translated as Our Lawyer for Change), a nonprofit organization based in Kuching. LK4C is involved in the United Nations Sustainable Development Goals initiative, particularly in goal 13, which deals with climate action, and goal 16, which addresses peace, justice and strong institutions.