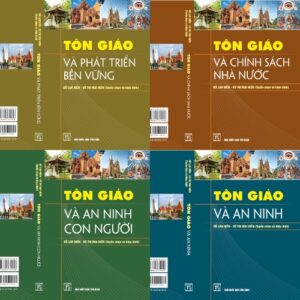 This is the first-ever publication in Vietnam to offer international perspectives on critical issues related to religion and religious freedom. IGE’s partners, the Ho Chi Minh National Academy of Politics (NAP) and the Vietnam-USA Society, will distribute this compendium to both central and local government officials throughout all of Vietnam’s 63 provinces. The compendium features articles such as: