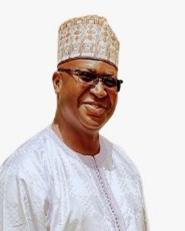 Ambassador, Permanent Representative of The Gambia to the United Nations in Geneva
His Excellency Ambassador Professor Muhammadou M.O. Kah is the ambassador of The Republic of the Gambia to the Swiss confederation and is a permanent representative to the UN Office at Geneva, the World Trade Organization, and other international organizations at Geneva, Switzerland. Kah served as chairman of the Africa Group of Ambassadors in Geneva and is currently the vice president representing Africa for the United Nations Human Rights Council; vice chairman for UNCTAD’s Commission on Science and Technology Development’s 25th session, and a member of the advisory board of the UNCTAD Trade and Development Bureau dvisory Body (June 2021-July 2023). Kah is also one of two ambassadors designated as Friends of the Chair of the World Intellectual Property Organization (WIPO) General Assembly and serves as one of the vice chairs of the General Assembly of WIPO. Prior to his appointment in Geneva, Kah was the founding chairman of Zenith Bank as well as a board member for the Malabo Montpelier Panel, the African Agriculture Technology Foundation, the Africa-Europe Foundation, and ReEnergy Africa. Kah has held teaching and leadership positions in the United States, Africa, the Middle East (Gulf countries) and Eastern Europe (Caucuses). He was appointed an honorary fellow of the Judge Business School and the Digital Innovation Centre at the University of Cambridge (2016-2017). He completed his bachelor’s, master’s and doctoral degrees at the Stevens Institute of Technology in Hoboken, New Jersey, USA. He also holds a master’s degree in financial engineering from George Washington University in Washington, DC, and a postgraduate diploma in strategy and innovation from the Said Business School, University of Oxford, United Kingdom.