Mpilo Nkambule has two words to describe the actions of his fellow law students: “pure service.”

A native of Swaziland and a recent graduate of BYU Law’s LL.M. program, Mpilo was deeply moved by his experience volunteering with the annual International Law and Religion Symposium held at BYU Law in the fall of 2019.

For Mpilo, the unity and good will among people with such diverse religious, ethnic, racial, cultural and other backgrounds was inspiring.

“To me, it was a great experience of seeing the dedication that people can have regardless of the diversity of cultures,” he said. “[Human dignity] transcends the color of the skin, transcends where you come from, transcends culture. It’s just that underlying force that is in all of us…” 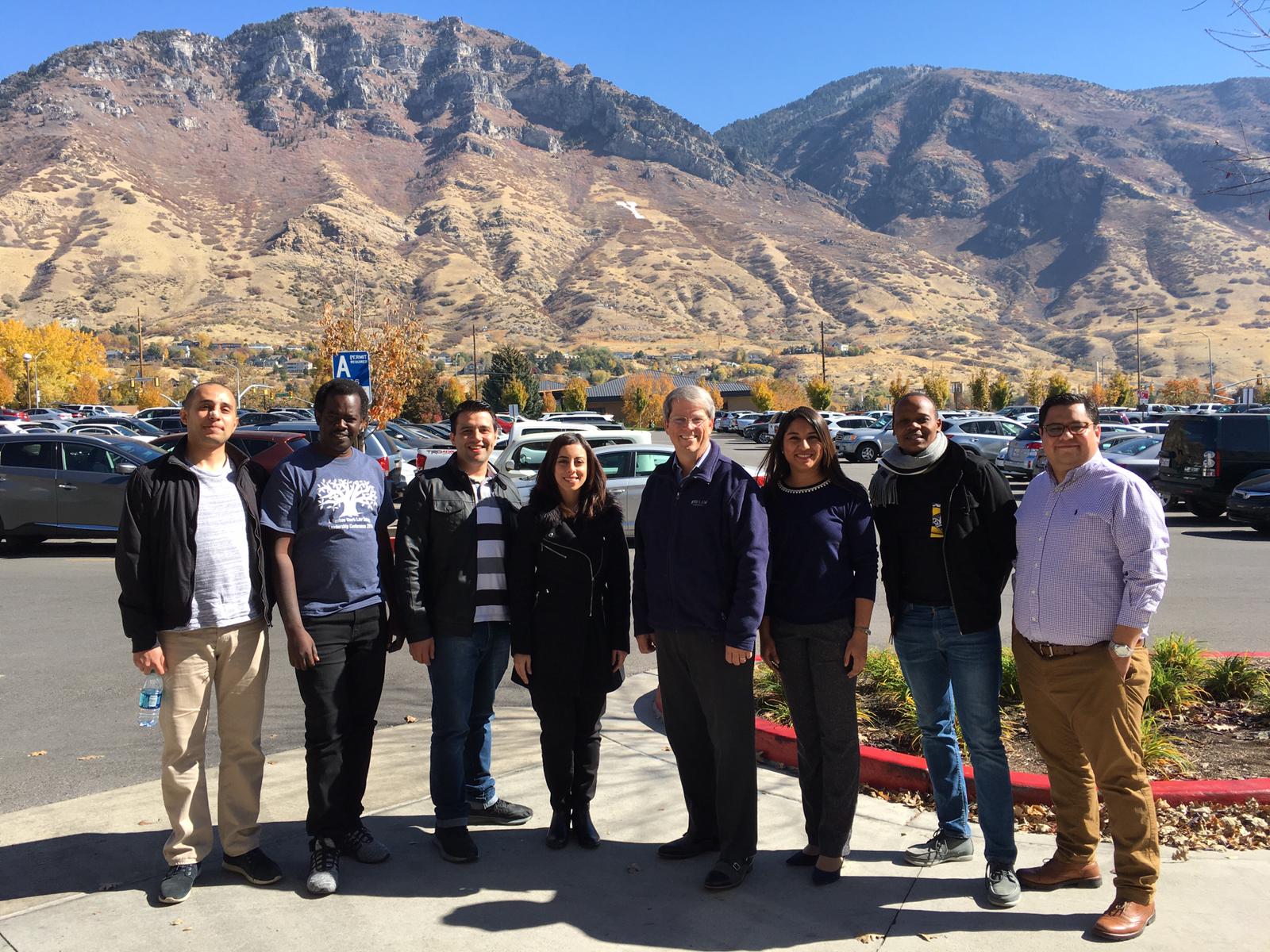 Mpilo volunteered alongside several of his fellow BYU Law students to help plan and execute the annual symposium, which attracts government, academic, and religious leaders from over 125 countries. One of the students’ primary jobs is assisting the delegates with whatever they may need—from transportation to accommodations to tech support.

“We give service to them, helping them find where they are supposed to go,” he said. Mpilo found the service of his fellow students heartening as he saw them arrive before anyone else and leave after everyone else to assist delegates and ensure conference functions ran smoothly. Yet to Mpilo, just as inspiring as watching his classmates render service was observing the coming together of so many diverse delegates around a common cause.

“We [were] just all coming together as a people and that reminded me of the preamble of the Universal Declaration of Human Rights,” he said. The preamble recognizes the “inherent dignity and of the equal and inalienable rights of all members of the human family.”

“So here, seeing these being actualized, where people recognize the inherent dignity and the inherent rights that everybody has, and everybody was equal…it was quite a great experience,” he said. 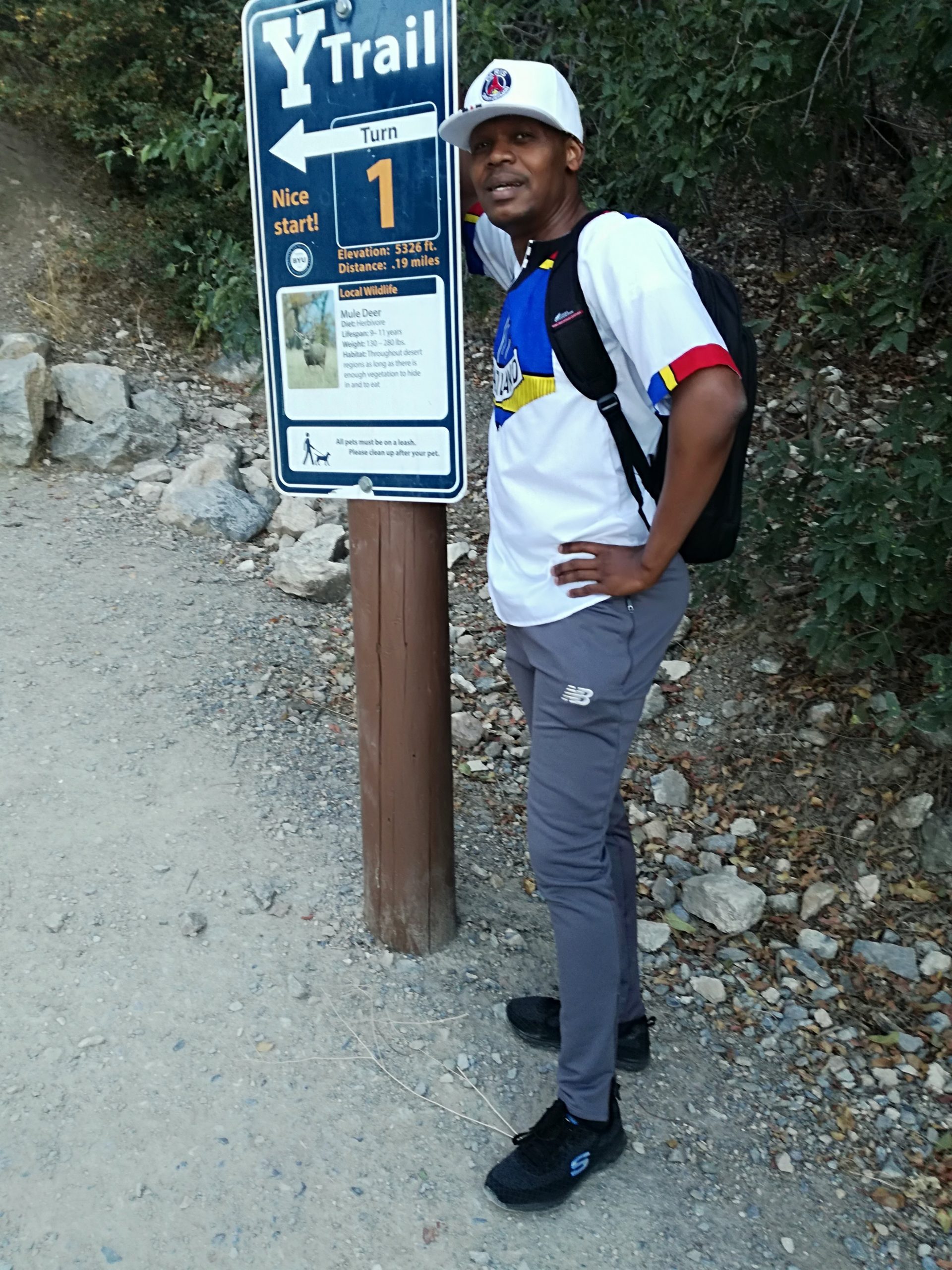 Mpilo hiking Y Mountain as an LL.M. in Provo.

Having first heard of Brigham Young University during his service as a missionary for The Church of Jesus Christ of Latter-day Saints, Mpilo always had a desire to attend BYU. After practicing law in Swaziland for over six years, from criminal law to civil suits to administrative and labor law, Mpilo came to BYU in August of 2019 to complete an LL.M. in comparative law. Although BYU Law’s LL.M. program includes lawyers from all over the world with varied backgrounds, Mpilo immediately felt at home.

“I feel like I’m a part of [the Center] and I’m part of the family, so I must participate, too, because I believe the Center is involved in great work, as far as human rights are concerned,” he said. Mpilo said he is “at heart, a person who believes in the values of the Center,” which led to his significant involvement and participation throughout his LL.M. year.

Mpilo describes BYU Law School as “vigorous” and is grateful for the time he’s spent learning with—and from—his fellow students. “I love knowledge,” he said, “and I love it more when I can apply what I am learning.”

Mpilo looks forward to applying his new perspectives and additional legal training as he continues his legal career. “I can’t wait to be there and see the law in action,” he said.