Executive Director, The Network for Religious and Traditional Peacemakers 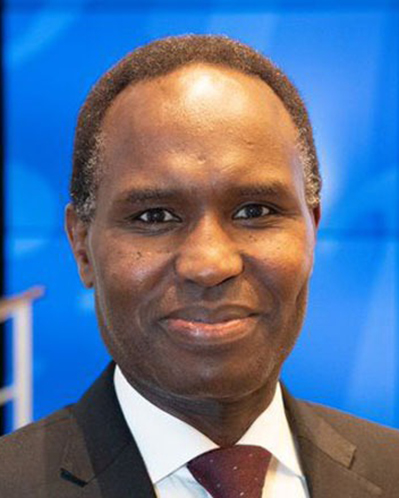 Dr. Mohamed Elsanousi is the Executive Director of the Network for Religious and
Traditional Peacemakers, a global network that builds bridges between grassroots
peacemakers and global players to work towards sustainable peace. Prior to this position,
Dr. Elsanousi was the director of Interfaith and Government Relations for the Islamic
Society of North America. He also served on the Taskforce for the U.S. Department of
State’s working group on Religion and Foreign Policy in which he was charged with
making recommendations to the Secretary of State and the Federal Advisory Commission
on how the US government can better engage with civil society and religious actors.

Dr. Elsanousi is the founding executive committee member of Shoulder to Shoulder, and
was most recently selected to join the NGO Working Group on the U.N. Security
Council. He also serves on the board of directors and trustees for numerous interfaith
organizations, including the Center for Interreligious Dialogue at the Jewish Theological
Seminary in New York City, member of the Multi Faith Advisory Council to the United
Nations Interagency Task Force on Religion and Development, and the Forum for
Promoting Peace in Muslim Societies.

Dr. Elsanousi holds a bachelor’s degree in Shariah and Law, a Master of Laws and a
Ph.D. in Law and Society from the Indiana University School of Law.