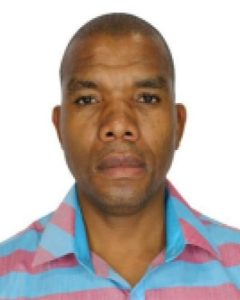 Chief of Staff, Department of Social Development
Maralaoke Abram Phahlamohlaka is the acting chief of staff in the Ministry of Social Development for the government of the Republic of South Africa. Prior to this appointment, he served as content and parliamentary advisor in the Presidency of the Republic of South Africa from 2011–2013. From 2013–2018, he served as chief of staff in the same ministry and was seconded to the ministry in the Presidency Responsible for Women, Youth, and Persons with Disabilities. Phahlamohlaka obtained a bachelor of arts degree in social work at the University of the North (now University of Limpopo) and is currently pursuing a master’s degree in social development and policy at the University of Pretoria. After completion of his bachelor’s degree, he joined the Department of Social Development as a junior social worker in the Chief Directorate: HIV and AIDS, where he specialized in the impact of HIV/AIDS and government’s obligations through the development and implementation of policies and programs at community level. He played a major role in convening the first SADC Conference on orphans and other children made vulnerable by HIV/AIDS and was afterwards appointed the national coordinator for the National Action Committee for Children Affected by HIV/AIDS (NACCA) He convened the taskforce that produced the policy framework and the National Action Plan for Children Affected by HIV/AIDS, which ushered a new era for promoting the rights of orphans and the vulnerable. In 2008, he joined the Chief Directorate: Communication where he held several communication positions, including serving as speech writer, parliamentary advisor, head of communication, and spokesperson under the late Minister of Social Development, Dr. Zola Skweyiya. A passionate development activist, Phahlamohlaka renders advisory services to emerging community-based organizations, focusing particularly on rural areas.