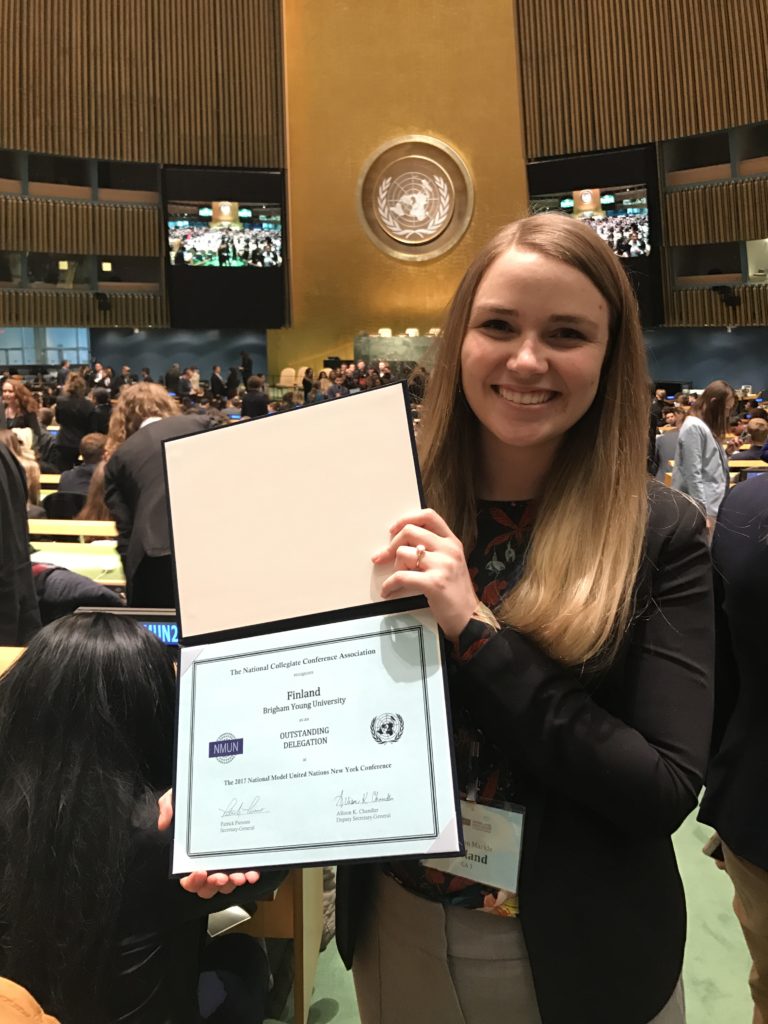 While participating on BYU’s Model United Nations team as an undergrad, Madi Moss fell in love with human rights and international law.

“I came to law school because I wanted to continue to explore that interest,” she said.

The human right of knowledge was of particular interest to Madi. Coming into law school, she had her sights set on one day interning with the Wikimedia Foundation, a nonprofit organization devoted to providing free knowledge through educational infrastructure, such as the online encyclopedia Wikipedia.

Once at law school, Madi focused on becoming a competitive candidate for the internship she’d always dreamed of. “I really planned my whole law school experience around human rights and helping people have greater access to knowledge and the ability to express themselves…” she said.

Her focus on human rights helped her quickly become interested in the work of the International Center for Law and Religion Studies. “I recognized that the Center was an avenue for me to be able to help people and be able to help them to live their lives to the fullest,” she said.

During the summer after her first year of law school, Madi was selected by the Center to participate in a legal externship with the Area Legal Counsel Office of the Church of Jesus Christ of Latter-day Saints in Ghana. Through her externship, she honed her legal research and writing skills and observed the inner workings of providing legal counsel to a church. She also had the benefit of being mentored by Brent Belnap, Area Legal Counsel.

“He was a really amazing supervisor,” she said. “I really look up to him and want to emulate him in my practice.”

In addition to her externship, Madi also assisted Center directors with legal research, served on the Center’s management board, and participated in the European Academy of Religion Moot Court Competition in Bologna, Italy. Her moot court team, which was mentored by ICLRS Associate Director Jane Wise, took first place at the international competition.

For Madi, competing in Italy was “a dream come true.” 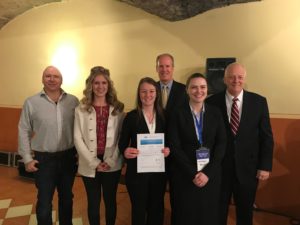 Madi Moss and her team that won first place at the European Academy of Religion Moot Court Competition.

“I learned so much from competing and from the judges and came away with a better understanding of the difficulties in balancing rights under U.S. case law,” she said.

While her involvement with the Center has taken her around the world, some of her favorite memories come from one-on-one interactions the Center has provided. Once while driving a delegate to the Salt Lake City airport after the International Law and Religion Symposium, the delegate asked about her faith. Though Madi’s faith tradition differed from the delegate, they were able to learn from one another as they shared personal convictions and respectfully listened to one another. To Madi, the experience epitomized the Center’s mission.

“I just feel like that’s what the Center is all about—making friendships and crossing divides and being able to make connections because we’re all human,” she said.

While Madi became extensively involved with the Center during law school, she never lost sight of her goal to intern at Wikimedia. Last summer, her dreams came true as she spent the summer as a legal fellow at Wikimedia Foundation. Throughout law school, she’s also gained experience working as a law clerk at BYU’s Office of General Counsel and as a legal extern for the Utah Supreme Court.

As she looks to the future, she’s confident that her experiences, including those with the Center, will help her be successful. “Through the Center I was able to broaden my perspectives and really let the world be my campus,” she said.