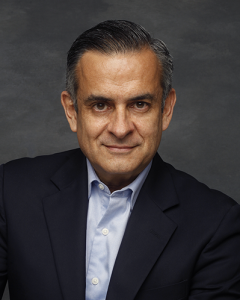 Journalist, Grupo America
Luis Rosales is an Argentinian journalist born in Mendoza. He has a master’s degree in international relations from the Universidad de Belgrano, Buenos Aires and a master’s degree from the Fletcher School of Law and Diplomacy in Boston, Massachusetts. He was a prominent politician, serving first as congressman from 1989 to 1991, then as secretary of tourism of his province until 1995. Rosales wrote a best-selling biography of Pope Francis and worked on political campaigns with Dick Morris. His most recent forays into politics were as a candidate for governor of Mendoza in 2011 and vice president of Argentina in 2019. His latest collaboration in a political campaign was with the Colombian presidential candidate Rodolfo Hernández. Rosales now works as an international news journalist at A24 Channel in Buenos Aires.