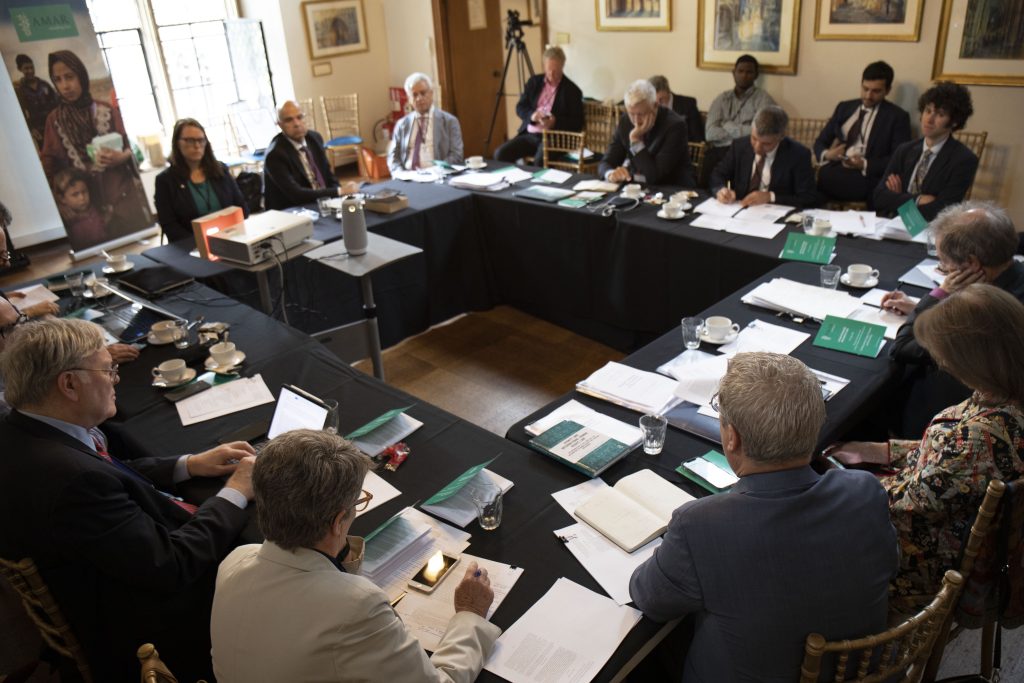 In April of this year, AMAR representatives, religious freedom advocates, and musical experts came together to discuss the unconventional yet potent role which music may play in the future recuperation of displaced people, particularly those of Yazidi origin. This conference was complemented by a performance from the participants themselves as they sang hymns from the world-renowned choir seats of the Salt Lake City Tabernacle. On July 6-7, 2022, the assembly reconvened in Cheyneygates, Westminster Abbey. There, they further discussed the themes explored three months prior in the continuation of this two-part conference, co-sponsored by the International Center for Law and Religion Studies. At St. Clement Danes Church, the Vodes Episcopi acapella choir performed hymns from both Anglican and Latter-Day Saint traditions, with introductions from conference participants. Richard Elliott, organist of the Tabernacle Choir at Temple Square, accompanied a portion of both the choir and the audience’s respective opportunities to sing. 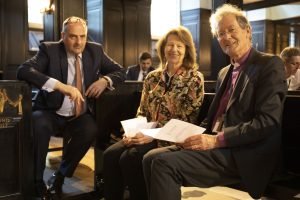 “In every religion, certainly in the Church of Jesus Christ of Latter Day Saints, music is a powerful, powerful force. Our Tabernacle Choir is known throughout the world. That developed because of our dislocation, and our loss in the early hours, early weeks, early months of… our church’s history,” said Elder Jeffrey R. Holland of the Quorum of the Twelve of the Church of Jesus Christ of Latter-Day Saints. His remarks had special relevance to the AMAR Windsor Dialogue held in Westminster Abbey, as the bitter persecutions faced by ancestral members of his faith were compared to the current persecution of the Yazidi people by the Islamic State. 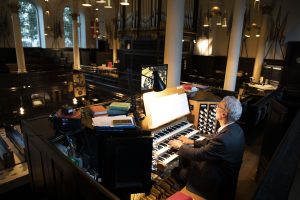 Brett Scharffs, Director of the International Center for Law and Religion Studies, pointed out the misconceptions interlaced with the maltreatment faced by both religious groups. “If you look at the misunderstanding with which the Yazidis suffer, it goes back to academic work. Early anthropologists who got it wrong, who thought they were describing accurately what the Yazidi people believed.”

Music is a tool which is proving useful in bringing to light the true identity of the world’s marginalized religious sects, and in helping the members of these sects to better understand their own identity. Andrew Methven, Chief of Staff for the AMAR Foundation, described how music can serve as a springboard in meeting their mental health needs, their spirituality needs, and in garnering more worldwide attention for their dire situation. The conference involved discussion of how to further this initiative, as well as various approaches to gain support from international organizations. 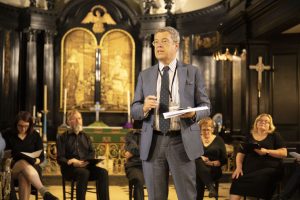 As the AMAR Windsor Dialogue 2022 concluded, Sharon Eubank, director of LDS Charities, offered a list of next steps.

– “Keep up the focus,” she said. “We can’t control politics, but we can use our positions and our platforms to direct the attention of NGOs and the media to this eight-year-old issue.”

– “Prioritize offering physical, mental and spiritual health resources.” While physical health is the most tangible of these three, the other spheres of health are equally important in the fight to restore the Yazidi people’s human dignity.

– Her final step was to pray. “I’m a believer in prayer. I believe a cause is never lost when we enlist the help of Almighty God,” said Eubank. 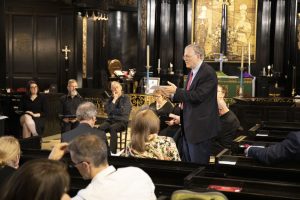 Many steps remain in the resolution of the Yazidi crisis and the plights of many other dehumanized groups. However, members of this conference reflected on how divinely guided the direction towards musical therapy seems to be. In the words of Erin Bailey, Assistant Professor at the BYU School of Music, “music can be a healer beyond what we can ever catch in a survey, certainly on a Likert scale, or in any report. If that underlies our work, we’ll understand that the preservation… of music is, in itself, a generative act.”

If you would like to learn more about what the AMAR Foundation is currently doing to help marginalized groups worldwide, consider visiting their website: amarfoundation.org