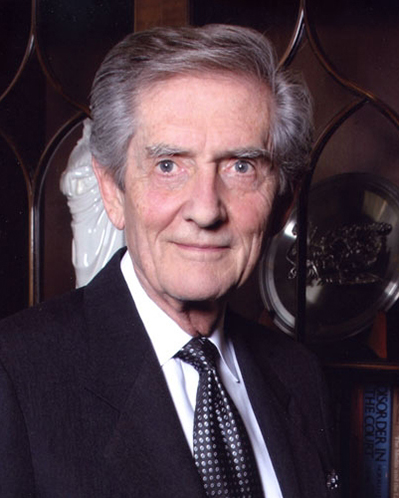 Chief Judge Emeritus, United States Court of Appeals for the Ninth Circuit
Judge J. Clifford Wallace is a Navy veteran and a 1955 graduate of the University of California Boalt Hall School of Law. He has devoted more than fifty years to the law as partner in a San Diego law firm, as a United States District Judge for the Southern District of California, and as member, Chief Judge, and Senior Judge of the United States Court of Appeals for the Ninth Circuit. Since assuming Senior Judge status in 1996, Judge Wallace has spent much of his time traveling every continent of the world to promote the rule of law in developing countries. A prolific writer, lecturer, and teacher, he has taught courses in judicial administration in the United States and throughout the world and has consulted with more than 50 judiciaries worldwide. He developed the concept of the Conference of Chief Justices of Asia and the Pacific and originated the idea and developed the concept for the American Inns of Court. He has received many honors, recognitions, and awards, including the 2005 Edward J. Devitt Distinguished Service to Justice Award—generally regarded as “the most prestigious honor conferred on a member of the federal judiciary”— and the 2009 Distinguished Service Award for Religious Freedom from the International Center for Law and Religion Studies.