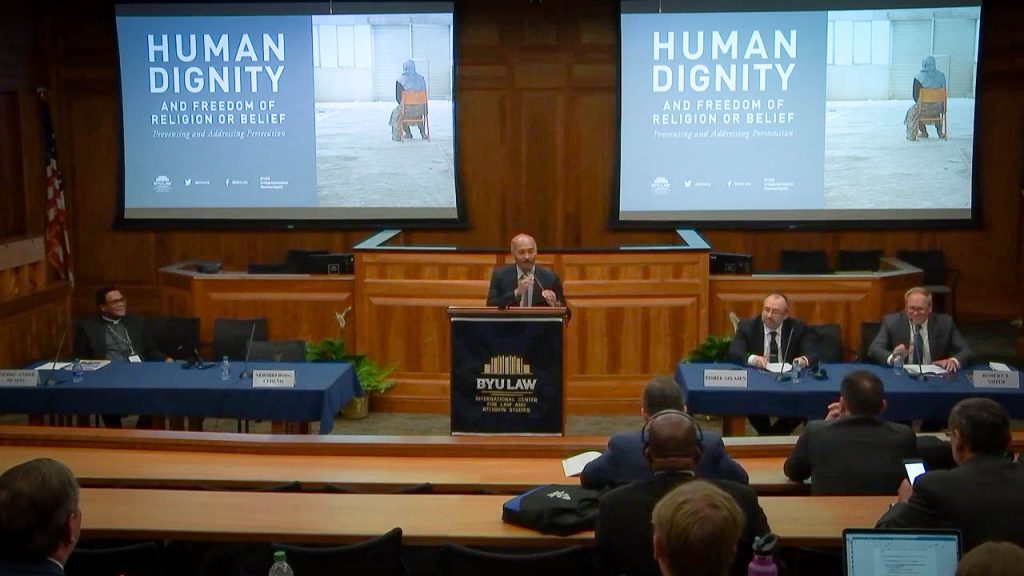 “Look at the positive, not the negative—that may demolish a nation,” urged Bishop Pierre-André Dumas.  He shared principles of brotherhood and dignity through Haitian history. Haiti was the first to gain independence in Latin America, and through their revolution were able to show that a human being is not just one race, language, or country. Human beings were made in the image of God. When Haitians ended slavery, it was because they were able to see this truth and enter into a fraternity. He warned majority groups of the dangers of discrimination. “Remember the saints that were persecuted…We can become persecuted ourselves as we persecute others. We must work with the other sons and daughters of God. The [Catholic] Church supports the dignity of others and supports dialogue with other religions.” He concluded, “Freedom of religion is never fully acquired. It is a constant war we must fight…What binds us is stronger than what divides us.”

Rabbi Dr. Fishel Szlajen of Argentina focused on the importance of respecting each person’s autonomy of choice. He emphasized that no one should be forced to do something against their principles. Several historic examples illustrated this point: Abraham and Daniel from the Books of Moses, and Socrates. Quoting Emerson, he said, “Good men must not obey the laws too well.” Just as divine law is higher than earthly law, religious freedom should be a priority in State law. Under the principle of freedom of belief, people should have a sphere of safety protecting them against state and public interference. “[Religious freedom] will strengthen both individual and collective freedom,” he said. Many think that the burden of proof lies with the group to prove that their beliefs will not interfere with the state’s laws; on the contrary, it should be the state’s responsibility to justify that the law does not interfere with people’s beliefs. In the question portion, he added, “There are necessary limits for coexistence. The State has an instrumental, not final role. It’s a fine line.”