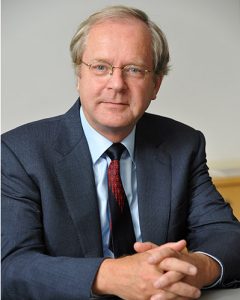 Gerhard Robbers is emeritus professor for public law at the University of Trier. From 2014 to 2016 he has served as minister of justice and for consumer protection of Rhineland-Palatinate, a federal state of Germany. He received his doctoral degree in law in 1979 and obtained his final law degree in 1980 in Freiburg. From 1981-1984 he served as law clerk to the President of the German Federal Constitutional Court. In 1986 he obtained his habilitation in Law. From 1988 to 1989 he was Professor of Law at the University of Heidelberg. Since 1989 he has been Professor for Public Law at the University of Trier. He was Director of the Institute for European Constitutional Law and Director of the Institute for Legal Policy at Trier University. From 2008 to 2014, he served as judge at the Constitutional Court of Rhineland-Palatinate. He has served as an advisor to several national governments and international organizations and has argued several cases of public law before the German Federal Constitutional Court and the European Court of Human Rights.