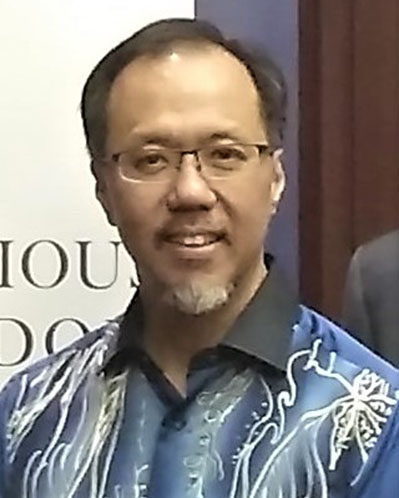 Eugene Yapp is a senior fellow with the Religious Freedom Institute of the South and South
East Asia team (RFI SSEAT) and the Director for RFL Partnership, an organisation for the
promotion of religious freedom and inter-religious harmony in Malaysia. He is the Exco
Member of a coalition of 27 civil society organisations in Malaysia called Gabungan
Bertindak Malaysia and also serves as the National Unity Programme Director for his own
NGO, UID Sejahtera Malaysia, where he directs harmony initiatives including issues on
interfaith and religious diversity. Regionally, he has been involved in consultations and work
with the ASEAN Parliamentarians for Human Rights and the ASEAN Inter-governmental
Commission on Human Rights. He is a member of the International Council of Experts on
Religious Freedom, which advises the Alliance of States on International Religious Freedom.
He was formerly the Secretary-General of the National Evangelical Christian Fellowship
Malaysia (the evangelical alliance of Malaysia).

His work in Malaysia focusses on the promotion of national unity, conflict resolutions,
religious freedom and inter-religious diversity working with local grassroots community in
the poorer Bottom 40% areas and the Muslim communities and NGOs. This includes
advocacy for wider space for religious freedom and diversity through consensus making of a
“national narrative” for national unity for all Malaysians as well as countering/preventing
hateful extremism. Much of his work involves adopting a more contextual approach and
solution-making to the socio-political-religious challenges in Malaysia.