Emely Pérez Figueroa, a native of Honduras, remembers her curiosity leading her to inquire about the LL.M. program at the front desk at BYU Law School during a brief visit to Utah to attend General Conference in Salt Lake City. 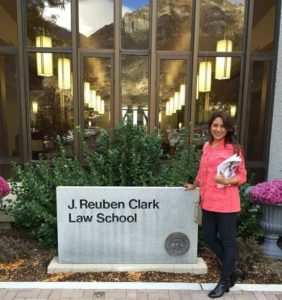 Emely Perez Figueroa after stopping by BYU Law in 2016 to learn more about the LL.M. program.

Walking out of the law school, she took a picture with her informational materials and dreamed of one day attending.

Three years later, as she was finishing up work for her master’s degree in election law at the Universidad de Xalapa in Mexico, Emely came back to Utah to attend BYU Education Week. While in Provo, she met BYU Law Professor and LL.M. Director Eric Jensen.

Professor Jensen told Emely more about BYU Law’s LL.M. program. Emely had held onto her photo of visiting BYU Law—and her dream of attending. Hearing more about the program rekindled her interest, and just one year later, she arrived in Provo again, this time as a student.

Before coming to BYU, Emely had earned a law degree at Central American Technological University (UNITEC) in 2016. She also earned a Master of Election Law at the Universidad de Xalapa (UX) in 2019. She practiced family law in Honduras before becoming a city councilwoman in her hometown, La Ceiba. 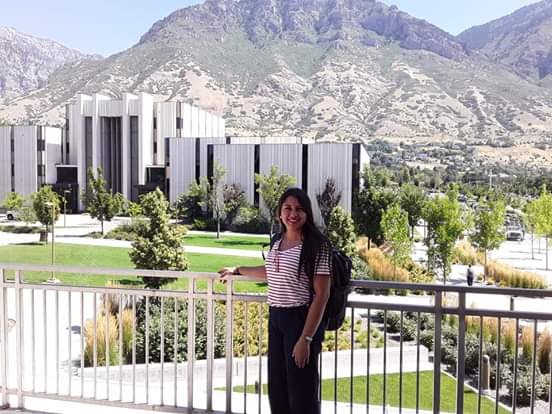 “Working at the clinic has been meaningful to me because our first client, Guatemala, is a fellow Central American country,” Emely said. “Being from Honduras, right next door, has taught me that religious freedom has both regional and by-country applications.”

One of the delegates to attend was Marco Midence Milla of the Ministry of the Presidency in Honduras.

He also happened to be from Emely’s hometown, La Ceiba.

“It was a really great opportunity to get together at this international level and to be able to learn from him and exchange ideas,” Emely said.

In addition to meeting high-level leaders, Emely’s experience volunteering with the Symposium introduced her to new frameworks for addressing religious freedom challenges.

“The Symposium taught me the importance of promoting human rights and religious freedom through a more far-reaching theme—human dignity,” she said.

Emely says her work with the Center has deepened her understanding of the importance of protection of freedom of religion or belief. 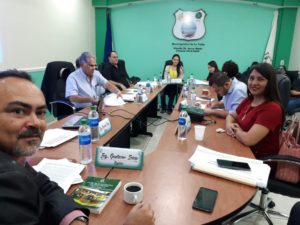 While the global pandemic has precluded formal graduation ceremonies, Emely looks forward to completing what she described as a “very intense and very challenging but very rewarding” experience at BYU Law and resuming her role as a city councilwoman.

“I’m really excited to go back home and try to share the knowledge that we received here at BYU Law School with the people of my home country,” she said.