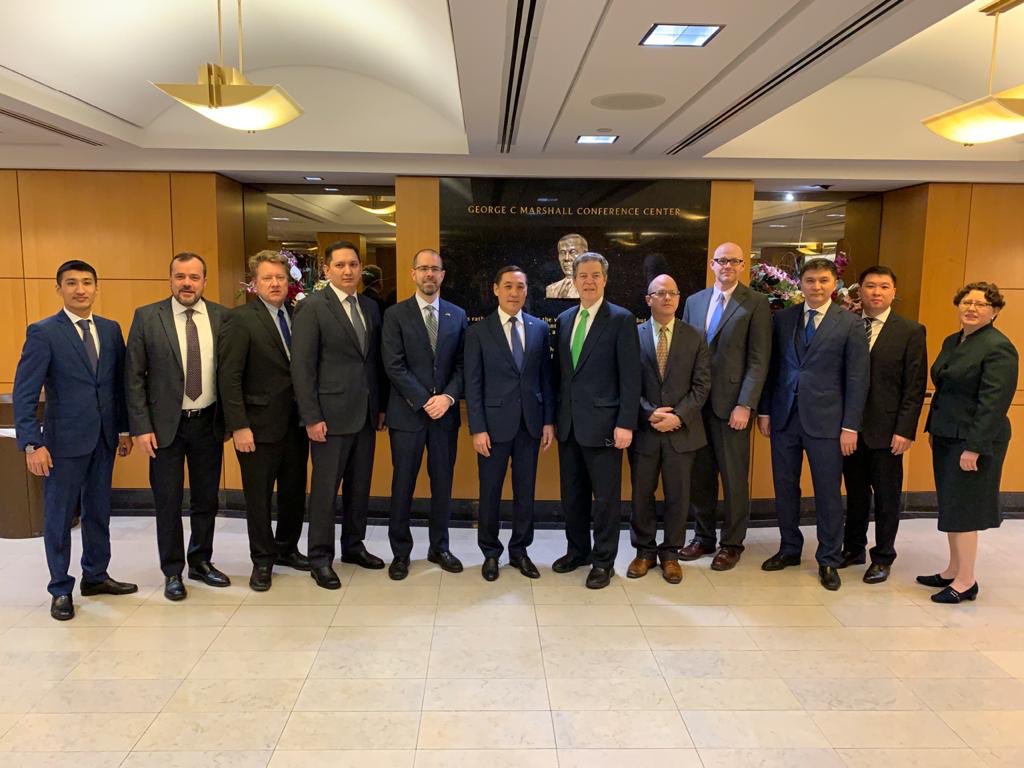 In February, Elizabeth Clark took part in a working group discussion on religious freedom with members of the US State Department and representatives from Kazakhstan. The following is a description of the event as reported by the Embassy of the Republic of Kazakhstan.

WASHINGTON, February 10-11, 2020 – The second meeting of the Working Expert Group (hereinafter referred to as the REG) on religious freedom was held in Washington. The Kazakhstan delegation was headed by Vice Minister of Information and Public Development M. Azilkhanov, the US delegation was headed by United States Ambassador-at-Large for International Religious Freedom of the US State Department S. Brownback.

Representatives of the US State Department praised the positive dynamics in the field of freedom of religion in Kazakhstan and made a number of recommendations. In particular, they expressed their readiness to provide the necessary assistance to ensure religious freedoms, taking into account the US experience in protecting the rights of religious associations.

The delegation of the Republic of Kazakhstan, at the invitation of Ambassador S. Brownback, visited a round table in the US Congress on issues of international religious freedom. Also, during the visit of the expert group to Washington, the Embassy of the Republic of Kazakhstan in the USA, a round table was held with the participation of representatives of non-governmental organizations and religious associations of the United States.

In addition, at the invitation of American partners, the delegation of the Republic of Kazakhstan during this trip visited the Boys Town Rehabilitation Center in Omaha (Nebraska) in order to study the experience of resocialization and rehabilitation of US citizens.

The parties agreed to hold the third REG meeting in Nur Sultan.