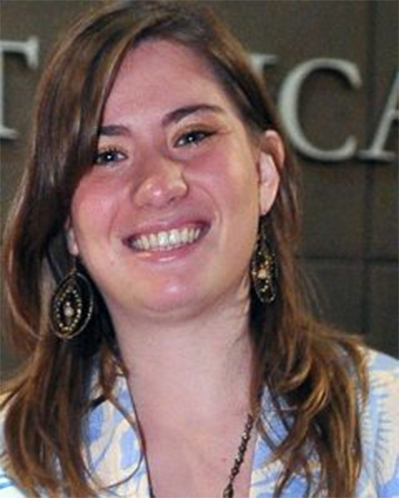 Elena López Ruf is a lawyer. She graduated from the Faculty of Law of the Pontifical Catholic University of Argentina (UCA) where she teaches Philosophy of Law. She also teaches Religion and International Security, and Social Doctrine of the Catholic Church at Austral University. She is a PhD candidate in law. She coordinates the program Religion and Development of CREAS (Regional Ecumenical Center) and is a consultant to the United Nations Development program in Argentina (UNDP Argentina). Previously, she served for four years as advisor at the Religious Affairs office of the government of Buenos Aires City. Elena has more than 15 years of experience in cooperation with local and international religious and faith-based organizations and in interreligious and ecumenical relationships. She is the author of articles about global challenges and the Church and of publications related to Religion and Development, Human Rights, Religious Freedom and the role of religious organizations in international cooperation; and a lecturer in national and international congresses.

Elena is a member of the Youth Group of Argentine Council for International Relations (CARI) and of the Argentine Council for Religious Freedom (CALIR). In 2015, she participated in Summer School Religions in the Global World, promoted by Sophia University Institute, and in 2009 attended the Jewish-Catholic Emerging Leadership Conference in Rome, organized by the Commission of Religious Relations for the Jews of the Holy See and the International Jewish Committee for Interreligious Consultations (IJCIC). She has been involved in interreligious and ecumenical initiatives for more than ten years, particularly with the youth of the Focolare Movement, and has published a number of journal articles on human rights law and religious freedom. Elena is an alumni of the 2019 Young Scholar Fellowship on Religion and the Rule of Law held at Christ Church Oxford University and sponsored by the International Center for Law and Religion Studies (ICLRS).