Core Doctoral Faculty in the Indonesian Consortium for Religious Studies (ICRS), based in the Graduate School of Universitas Gadjah Mada (UGM) in Yogyakarta 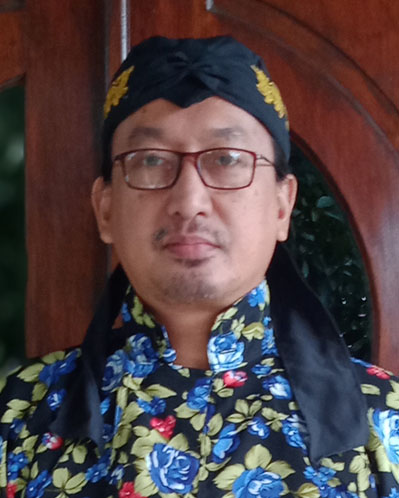 Dicky Sofjan, Ph.D. is a Core Doctoral Faculty in the Indonesian Consortium for Religious Studies (ICRS), based in the Graduate School of Universitas Gadjah Mada (UGM) in Yogyakarta. His teaching and research interests include religion, politics, pluralism, religious freedom, ethics and sustainability. Dr. Sofjan has been engaged in many inter-religious initiatives of the Government of Indonesia, namely with the Ministries of Religious Affairs and Foreign Affairs. He has worked and collaborated with the European Union, US State Department, Ford Foundation, Henry Luce Foundation, Globethics, Carnegie Council, Southeast Asia Freedom of Religion or Belief (SEAFORB), Greenpeace Middle East and Africa, UNDP and other international organizations and development agencies. He has been a member of the Educational Exchange Committee of the American-Indonesian Exchange Foundation (AMINEF/Fulbright) for more than ten years. He was also a Pacific Global Fellow of the Carnegie Council for Ethics in International Affairs and Expert for Globethics. Dr. Sofjan and his team in ICRS are starting an executive course on Islam and religious pluralism with the Indonesian Ministry of Foreign Affairs for diplomats. Dr. Sofjan’s interviews and quotes have been published in Forbes.com, Voice of America, The Economist, The Diplomat, Digital News Asia, Jakarta Post, Pakistan’s International Herald, Corriere della Sera and others.