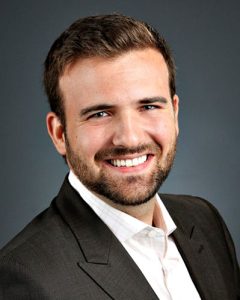 Executive Director and General Counsel, Christian Legal Fellowship
As executive director and general counsel of Christian Legal Fellowship (CLF), Derek Ross oversees all aspects of CLF’s operations, education and training programs, publications, and advocacy. His litigation practice focuses on human rights and religious freedom, and he has acted for public-interest interveners in a number of cases involving the Charter of Rights and Freedoms, including before the Supreme Court of Canada. He has also appeared before legislative and Parliamentary committees to present on constitutional and legal issues. Ross previously served as Director of Legal Affairs for the Canadian Council of Christian Charities, Canada’s largest association of religious organizations, where he served on the Canada Revenue Agency’s Technical Issues Working Group and as the general editor of the Charities Handbook, 19th Edition (2014), a comprehensive legal guide for Canadian charities. Prior to that, he practiced civil litigation with a focus on insurance and municipal law. Ross has served as an executive member of the Charity and Not-for-Profit Law sections and the Constitutional, Civil Liberties, and Human Rights Law sections of both the Canadian Bar Association and the Ontario Bar Association. He is editor in chief of the Christian Legal Journal, a periodical that examines the relationship between law and religion. His writings have appeared in a number of publications, including the Globe and Mail, the Lawyer’s Weekly, Canadian Lawyer, Policy Options, and the Public Discourse. He is the general editor of two editions of the Supreme Court Law Review, which were also published as correlated books: Assisted Death: Legal Social, and Ethical Issues After Carter (LexisNexis Canada, 2018), and Canadian Pluralism and the Charter: Moral Diversity in a Free and Democratic Society (LexisNexis Canada, 2019). He also coedited The Forgotten Fundamental Freedoms of the Charter (LexisNexis Canada, 2020) with Dwight Newman and Brian Bird.