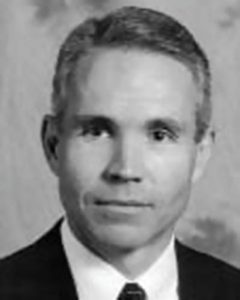 Senior Judge, United States District Court, District of Arizona
Judge David G. Campbell is a United States District Judge for the District of Arizona. Following his graduation from the University of Utah Law School, he served as a law clerk for Judge J. Clifford Wallace of the Ninth Circuit Court of Appeals and Justice William H. Rehnquist of the United States Supreme Court. He worked as a commercial litigator for 20 years with the Phoenix law firm of Osborn Maledon before joining the bench. He serves as chair of the Advisory Committee on the Federal Rules of Civil Procedure. Judge Campbell has worked with the courts of Botswana, South Africa, and Namibia on judicial case management, and has taught civil procedure and constitutional law at the Arizona State and BYU law schools.