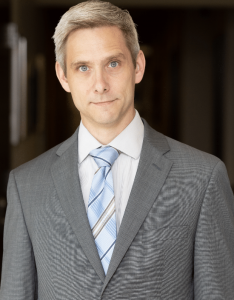 Christopher C. Lund is a professor of law at Wayne State University Law School, where he specializes in the field of religious liberty.  His academic work has been published in a variety of law reviews, and he is a co-author of Religion and the Constitution, a leading casebook.  His academic work has been cited by the United States Supreme Court as well other courts, and he speaks frequently to the media on a range of topics.  Excited to teach students, he has seven times been voted Professor of the Year by the Wayne State University Law School student body.