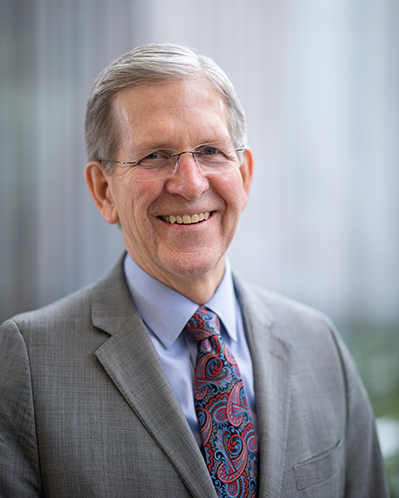 Longtime Center supporter David Colton has assumed the role of Chair of the IAC Executive Committee beginning in April 2018. Dave and his wife, Julie, served LDS Charities as Government Relations specialists at the United Nations in New York City during 2015-2017. The Coltons spent 2009-2013 in Frankfurt, Germany, where Dave served as the Area Legal Counsel of The Church of Jesus Christ of Latter-day Saints for the Europe Area. Prior to accepting these position Dave was employed by Phelps Dodge Corporation for almost twenty years. Dave’s career with Phelps Dodge started in 1988 where he held various positions including general counsel, a position he held for almost 10 years, and culminated with his appointment as Senior Vice President and General Counsel. Phelps Dodge was acquired by Freeport McMoRan Copper and Gold Corporation in 2007. Dave was Senior Vice President and General Counsel for a short period for Freeport as he assisted in the integration of the two companies. Dave retired from Freeport in 2008. Before joining Phelps Dodge, Dave was a partner at VanCott, Bagley, Cornwall and McCarthy. Dave graduated from the J. Reuben Clark Law School in 1982 and was a member of the law review. He did his undergraduate work at BYU and graduated in 1978 with a BA in Economics. While living in the Phoenix area Dave was active in civic affairs and was on multiple not-for-profit boards. He has been a member of Executive Board of the J. Reuben Clark Law Society, and has been an active supporter of the J. Reuben Clark Law School serving as Chairman of the Board of Visitors and most recently as a part-time employee of the Law School as a student coach.