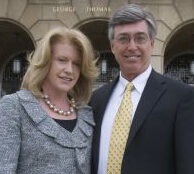 Gary Crocker is the Chairman of Merrimack Pharmaceuticals, a privately held biotech firm based in Cambridge, Massachusetts that develops diagnostic tests and novel drugs for cancer treatment. Mr. Crocker is President of Crocker Ventures, LLC, a life science private investment firm. He is in the midst of his second term on the Board of Directors of the Federal Reserve Branch of San Francisco and also serves as a member of the Advisory Board of Sorenson Capital, an LBO private equity fund. He has held senior executive or director level positions in several successful life science firms including service from 1998 to 2003 as Chairman of ARUP Laboratories, as a director of Interleuken Genetics, Inc, and LineaGen Genetics, LLC, and as a co-founder and director of Theratech, Inc. which was acquired in 1999 by Waton Pharmaceuticals. From 1983 to 1997, he was President/CEO and founder of Research Medical, Inc., a publicly traded cardiac device manufacturer acquired by Baxter International in 1997. Prior to Research Medical, Mr. Crocker was Vice President, Business Development and Director of Marketing for the Sorenson Research division of Abbott Laboratories, and an Internal Strategic Analyst for Baxter International. He was recently inducted into the University of Utah Science Hall of Fame, and he serves as a director of the University’s Research Foundation. Mr. Crocker earned his MBA and also graduated magna cum laude with a Bachelor of Science degree in Economics from Harvard University. Gary and his wife, Ann, reside in Salt Lake City, and are the parents of seven children.