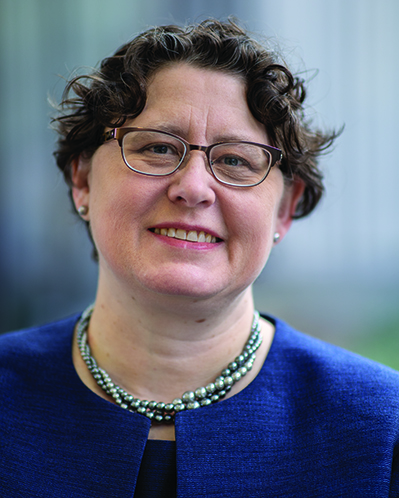 Elizabeth A. Clark is Associate Director of the International Center for Law and Religion Studies at Brigham Young University and a Member of the OSCE/ODIHR Advisory Panel for Freedom of Religion or Belief (2022-2025). Professor Clark is an expert on religious freedom in Eastern Europe and comparative law and religion. She has written over 40 chapters and articles and co-written or edited several books, including Religion during the Russian-Ukrainian Conflict and Law and Religion in Post-Communist Europe.

Professor Clark has been featured on radio and public television shows in the U.S. and internationally, The National Review, and SCOTUSBlog. In her work with the Center, she has spoken at U.N. and OSCE forums at and over 100 academic conferences throughout the world. She has also testified before the U.S. Congress and the U.S. Commission on International Religious Freedom on religious freedom issues, has taken part in drafting analyses of pending legislation affecting religious freedom in over a dozen countries, and has written amicus briefs on religious freedom issues for the U.S. Supreme Court.

In addition to her work at the BYU International Center for Law and Religion Studies, Professor Clark has taught Professional Responsibility and co-taught classes on Comparative Law, Comparative Constitutional Law, International Human Rights, and European Union law at the J. Reuben Clark School of Law at Brigham Young University. Professor Clark is fluent in Russian and Czech and has a reading knowledge of French and German.