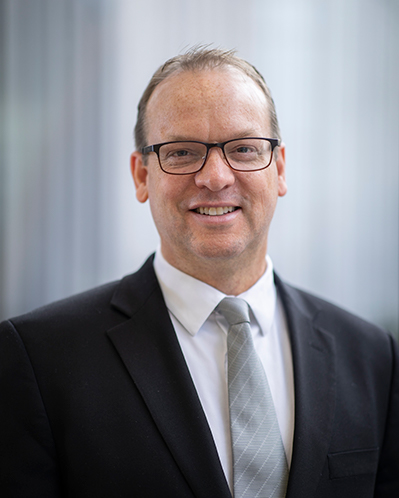 David Moore, Sterling and Eleanor Colton Endowed Chair in Law and Religion at BYU Law School, joined the Center as an Associate Director in 2019. Professor Moore has been involved with the Center since his days as a law student, including serving on the Center’s Academic Advisory Council.  Professor Moore is a scholar of international law, development, human rights, and U.S. foreign relations law. His publications have appeared in leading journals, including the Harvard, Columbia, Virginia, and Northwestern Law Reviews. Professor Moore served as Associate Dean for Research and Academic Affairs at the law school,  has received the University’s R. Wayne Hansen Teaching and Learning Fellowship, the BYU Law Alumni Association Teacher of the Year Award, and the Student Bar Association First Year Professor of the Year Award.

During the past two years, Professor Moore worked in multiple roles at the U.S. Agency for International Development in Washington, DC. As Acting Deputy Administrator, he assisted the USAID Administrator in managing the U.S.’s leading development and humanitarian assistance agency, with approximately 11,000 employees worldwide and appropriations of roughly $20 billion. He represented the Agency at Deputy’s Committee meetings of the National Security Council and in multilateral meetings of the U.N. General Assembly, G-7, World Bank, and Organization for Economic Cooperation and Development, as well as in bilateral meetings with donor and host countries. As General Counsel, Professor Moore led an office of over 100 attorneys in advising senior agency leaders around the globe.

Professor Moore previously taught at the University of Kentucky College of Law, as a visiting professor at George Washington University Law School, and as an Olin Fellow at the University of Chicago Law School. He clerked for Justice Samuel A. Alito, Jr. during the U.S. Supreme Court’s 2007 Term, and began his legal career as an Honor Program trial attorney at the U.S. Department of Justice, Civil Division, Federal Programs Branch.