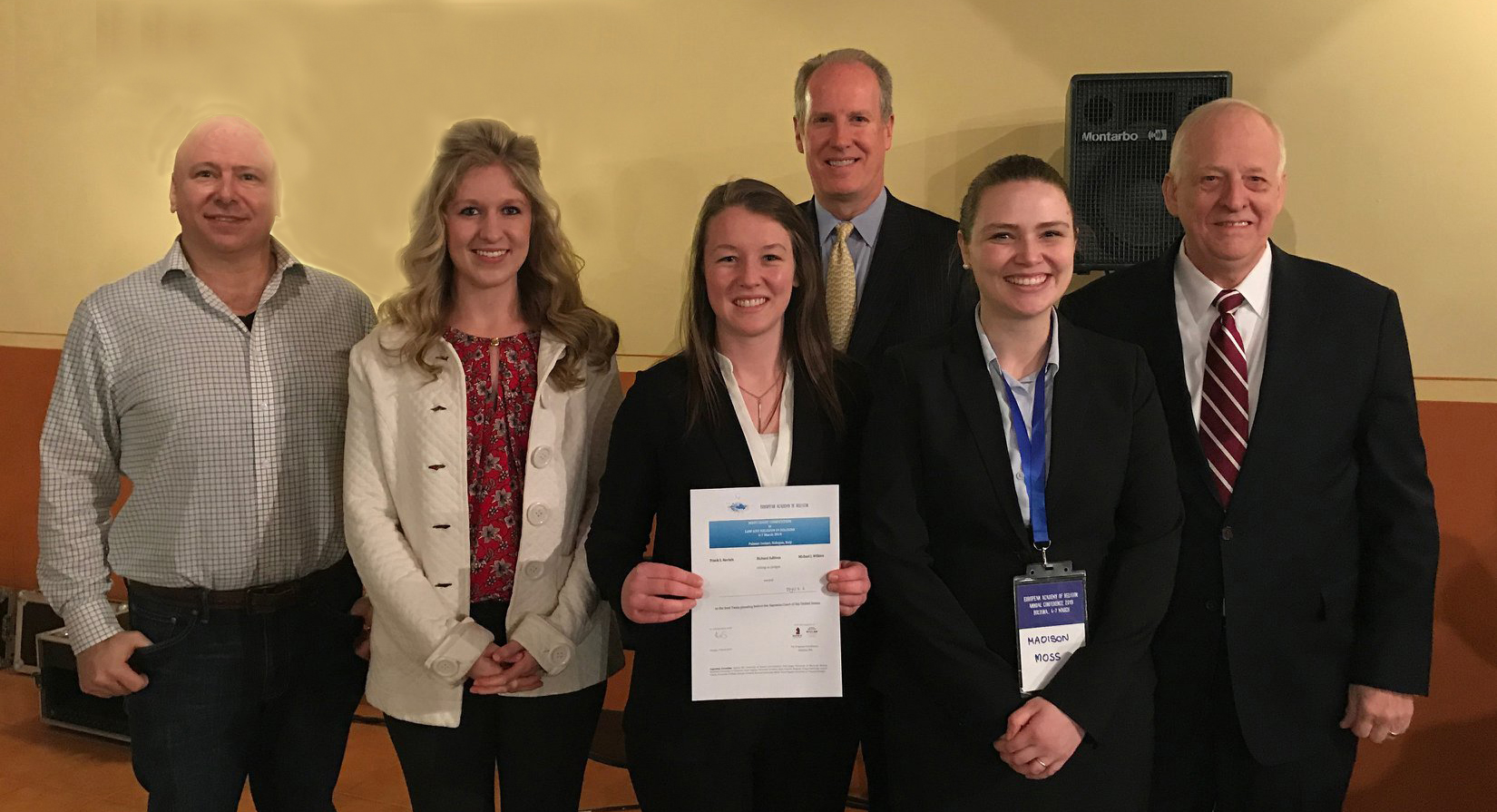 A team of BYU Law Students took first place in the international Moot Court competition in Law & Religion, held 6-7 March 2019 in Bologna, Italy.  For this annual competition, teams from within and outside Europe argue a case before either or both the European Court of Human Rights and the Supreme Court of the United States, judged by scholars and actual judges from both jurisdictions sitting as judges of the two Courts. Our BYU team – Madison Moss, Shelise Rupp, and Kyra Woods – argued before the SCOTUS judges Justice Michael Wilkins (Utah Supreme Court, ret.), Professor Frank Ravitch, and Attorney Alan Sullivan.  (For a description of this year’s Case, see this page.)  Congratulations to this outstanding team!