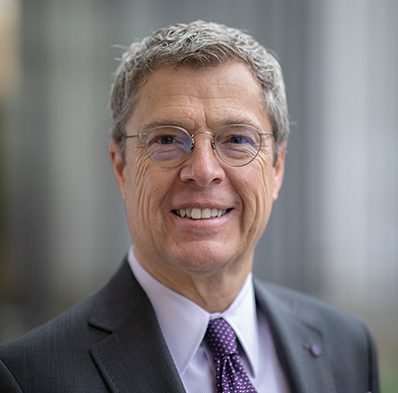 Brett G. Scharffs, Rex E. Lee Chair and Professor of Law at J. Reuben Clark Law School, was appointed Director of the Law School’s International Center for Law and Religion Studies effective 1 May 2016. He had served the Center as Associate Director and Regional Advisor for Asia since 2009 and the Law School as both Associate Dean of Academic Affairs and Associate Dean for Faculty and Curriculum. Formerly Francis R. Kirkham Professor of Law, Professor Scharffs was appointed on 1 September 2017 to the Law School’s Rex E. Chair. Professor Scharffs’ teaching and scholarly interests include law and religion, legal reasoning and rhetoric, philosophy of law, and legislation and regulation. He is a graduate of Georgetown University, where he received a BSBA in international business and an MA in philosophy. He was a Rhodes Scholar at Oxford University, where he earned a BPhil in philosophy. He received his JD from Yale Law School, where he was Senior Editor of the Yale Law Journal.

Professor Scharffs was a law clerk on the U.S. Court of Appeals, D.C. Circuit, and worked as a legal assistant at the Iran-U.S. Claims Tribunal in The Hague. Before teaching at BYU, he worked as an attorney for the New York law firm, Sullivan & Cromwell. He has previously taught at Yale University and the George Washington University Law School. For the past ten years he has been a visiting Professor at Central European University in Budapest, and for the past seven years he has helped organize a Certificate Training Program on Religion and the Rule of Law in Beijing in partnership with Peking University Law School’s Center for Administrative and Constitutional Law. He also co-organizes similar programs in Vietnam and Myanmar. He has also been working to develop a masters-level course on Shari’a and Human Rights with two universities in Indonesia. He has been a visiting professor at the University of Adelaide School of Law in Australia (2012) and Doshisha University in Kyoto, Japan (2015).

In his 20-year academic career, Professor Scharffs has written more than 100 articles and book chapters, and has made over 300 scholarly presentations in 30 countries. His articles include “The Role of Humility in Exercising Practical Wisdom” (UC Davis Law Review), “Adjudication and the Problems of Incommensurability” (William & Mary Law Review), “Law as Craft” (Vanderbilt Law Review), and “The Character of Legal Reasoning” (Washington and Lee Law Review), and “Religious Majorities and Restrictions on Religion” (Notre Dame Law Review). He is currently finishing work on a book about legal reasoning and rhetoric.

His field-creating casebook, Law and Religion: National, International, and Comparative Perspectives, published in 2010 by Aspen Press / Wolters Kluwer (co-authored with his colleague W. Cole Durham, Jr.), appeared in Second Edition in January 2019, a Wolters Kluwer Legal Education Aspen Select Title. The First Edition was translated into Chinese (now in second printing) and Vietnamese, and translations of the Second Edition have been completed in Turkish and are underway into Hebrew, Russian, Arabic, Burmese, and Bahasa Indonesia and are planned for Greek and Spanish.

He is married to Deirdre Mason Crane Scharffs, and has three children, Elliot (who is married to Whitley), Sophelia, and Ella. He enjoys golf, skiing, and mountain biking with family and friends.