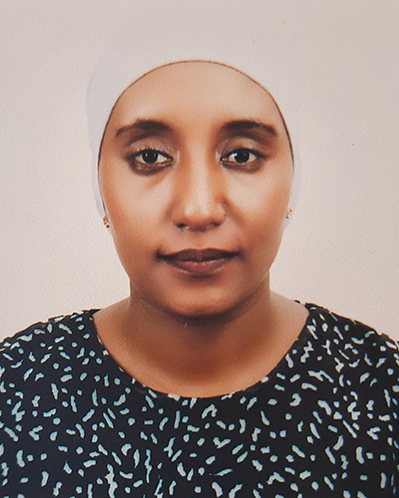 Director General, Ministry of Peace
Mrs. Asma Redi has worked in various positions in Ethiopia’s Ministry of Peace, including director general for the Coordination Office of Strategic Partnership and Subordinate Institutions and director general for peacebuilding. She is currently working as chief executive officer for nation-building since July 2011. During her time at the same institution, she has been involved in peacebuilding, conflict prevention, dialogue facilitation, and promotion of coexistence and tolerance among different ethnic and religious groups in the country. Before joining the Ministry, Redi worked at Public Enterprises Holding and Administration Agency as a director for communication sector public enterprises. She started her career at Dilla University where she spent nine years as a lecturer and leadership host. She graduated from Addis Ababa University with a bachelor’s degree in information systems and master’s degree in computer science.