Religion and Religious Freedom in a Changing World 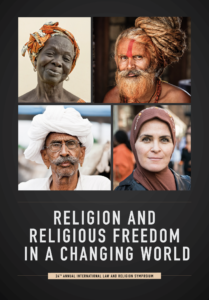 The 2017 Symposium opened Sunday evening, October 1, with keynote addresses by Ján Figeľ, the European Commission’s Special Envoy for promotion of freedom of religion or belief outside the European Union, and András Sajó, Hungarian scholar and former Judge and Vice-President of the European Court of Human Rights.

Each year since 1994, ICLRS has hosted a symposium devoted to the discussion of law and religion among invited delegates and observers — religious and civic leaders, legal scholars, members of the judiciary, and representatives of governments, NGOs, and the media. To date, more than 1200 delegates from some 125 countries have met together to discuss principles of religious liberty and to explore mechanisms to better implement these principles.