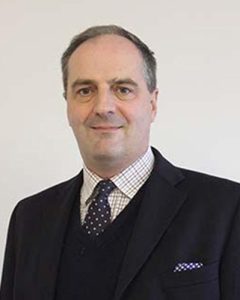 Chief of Staff, AMAR International Charitable Foundation
Andrew Methven has been the chief of staff of the AMAR Foundation since 2016. He attended the first Windsor Conference and has organized successive gatherings in St George’s House, Windsor Castle; Cumberland Lodge; and Baghdad. Prior to working with AMAR, he was an officer in the British Army, with service in Bosnia and Iraq. He holds master’s degrees from Cambridge, Cranfield University, King’s College London, and Imperial College London. He is married with three children and lives in London.