Law school was always in the back of Andrew Birkinsha’s mind.

With lawyers in his family—his father and grandfather—Andrew (BYU Law ‘20) had always been intrigued by the profession, but he initially chose a different career path after receiving his bachelor’s degree from BYU in 2015. After a few years of working in the IT world, Andrew decided it was time for a change. 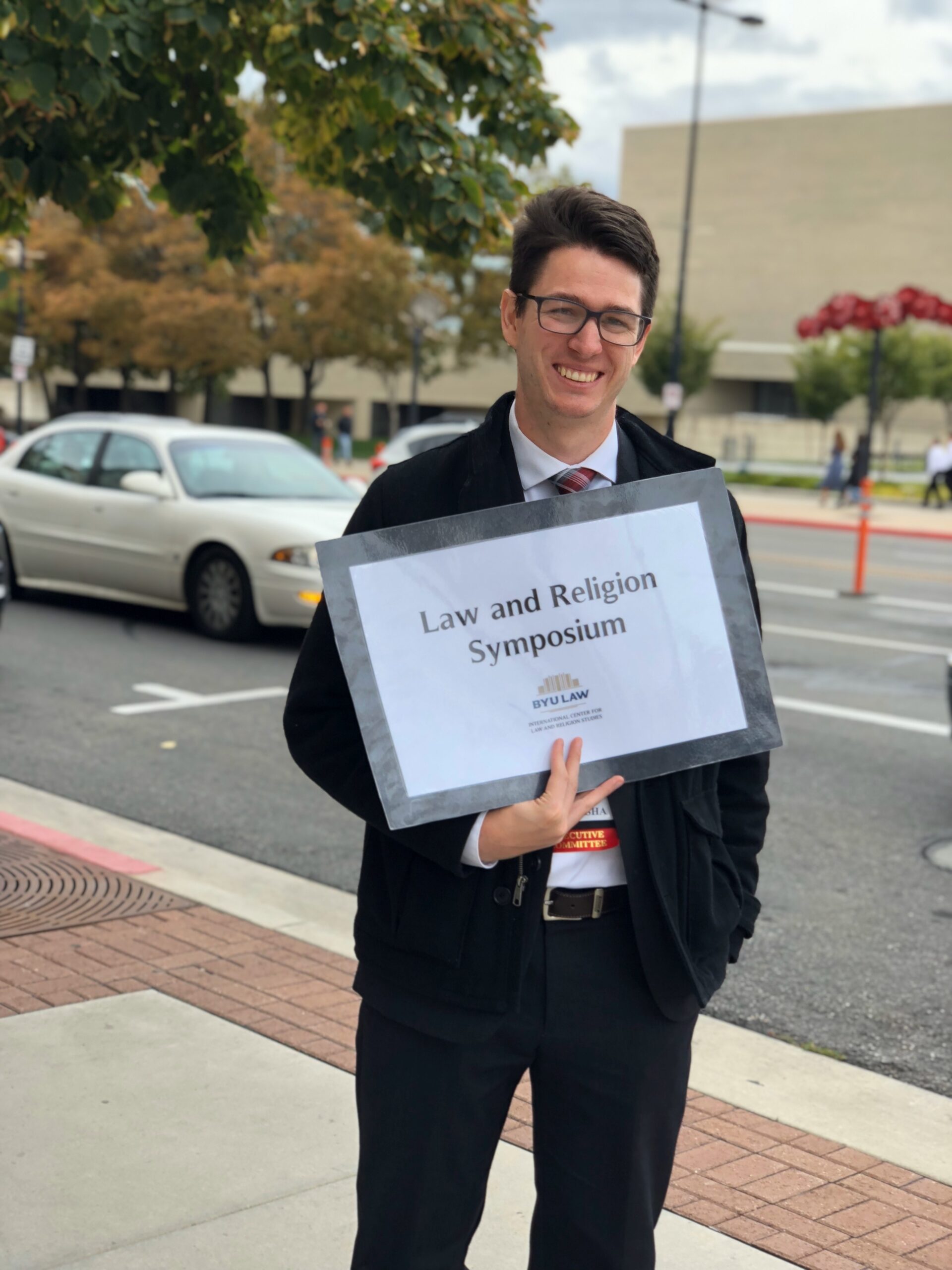 Andrew volunteers at the Annual Law and Religion Symposium.

Andrew arrived at BYU Law in the fall of 2017. During his first few months of law school, he became involved with the International Center for Law and Religion Studies by volunteering for the annual Law and Religion Symposium. Delegates to the Symposium come from all over the world, and Andrew’s responsibility of helping to shuttle delegates allowed him to get to know many of them.

“I thought the social opportunities that the conference provided were incredibly awesome,” he said. “I was very appreciative of the opportunity that I had to talk and meet with a lot of those [delegates].”

That same fall, Andrew applied to be one of the Center’s summer research fellows. However, his sights weren’t set on being a fellow; in fact, he didn’t hear about the fellowship opportunity until the day of the deadline. Merely curious about the opportunity, he spent what little time was left in the day putting together an application. “I filled out the application quickly and ran upstairs to see if the [Center] office was closed,” he said. It was, but he didn’t give up hope. He left his application outside the office and sent an email explaining his situation, hoping he would still have the opportunity to interview.

Thankfully—for Andrew and the Center—Andrew’s application was received, and he had the opportunity to interview. While initially he had applied mostly to learn more about the program, his interview experience made him eager to participate. “In the conversation with Professor Clark my interest was definitely piqued,” he said. Professor Elizabeth Clark, the Center’s associate director, runs the Summer Fellows Program and extended Andrew an opportunity to work in South Africa. 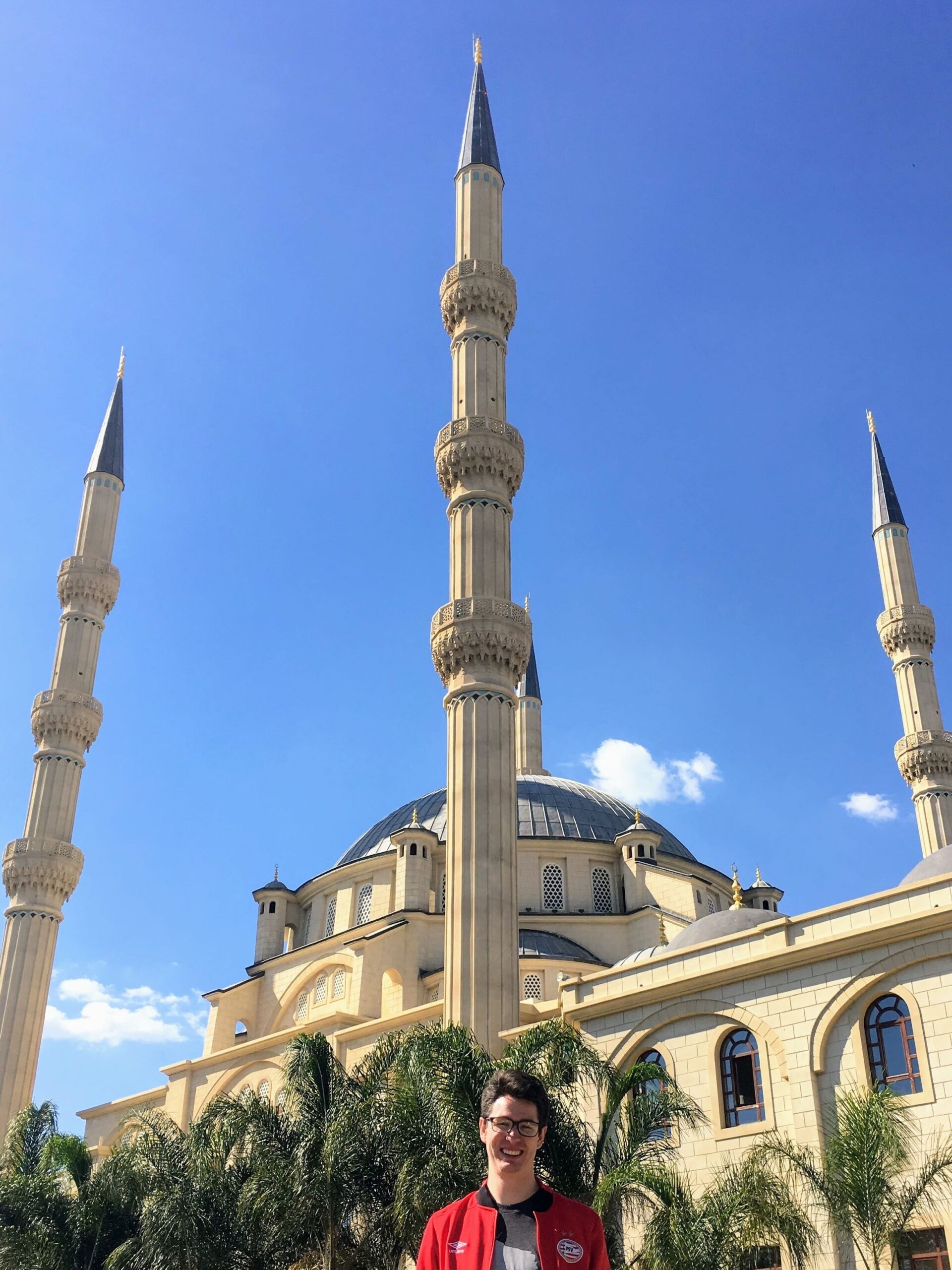 Andrew in front of the Nizamiye Mosque in Johannesburg.

Andrew accepted and had the opportunity to work with the Area Legal Counsel (ALC) for The Church of Jesus Christ of Latter-day Saints in Johannesburg. Part of his responsibilities involved writing the ALC’s Law and Religion Framework reviews for Zimbabwe and Rwanda. “Rwanda, at the time, was cracking down on religious freedom, and it was impacting the Church,” he said. “I learned a lot about their system of government and their past and even had the opportunity to recommend ideas based on my research.” Andrew also had the opportunity to assist the ALC in answering questions about South African law.

Andrew has continued to stay involved with the Center, volunteering at the annual symposium each year and serving on the Center’s Student Management Board. These experiences have left him with valuable insights. “I have learned that dialogue is an important step towards action,” he said. “Bringing people together in our symposiums affords us the opportunity to forge connections and relationships that will hopefully lead to long-term change. “

Being involved with the Center is just one aspect of Andrew’s extensive involvement in law school. He also served as president of the Trial Advocacy team during the most recent school year by helping to run the competitions, and he was a member of the national team that would have competed if not for the pandemic.

Andrew was also a member of the Moot Court team and was the Rex E. Lee Competition Chair this year. He served on the Education and Law Journal, as well as the Journal of Public Law. He was also involved in planning events for the Federalist Society and the Government and Politics Legal Society (GPLS).

Andrew also had the opportunity to assist in research on domestic religious freedom issues with Professor Stephanie Barclay. Their research involved analyzing the Religious Freedom Restoration Act (RFRA) claims of prisoners and the government to determine the strength and justification of the arguments under the Act. It was “fascinating,” Andrew said, to analyze whether the government had overstepped its bounds in restricting religious freedom to prisoners. The research revealed that many of the arguments against providing religious exemptions were shallow, he said. “Becoming a lawyer affords me the ability and opportunity to push back against policies and laws that restrict the rights and abilities of people to act in a manner their conscious dictates,” he said. 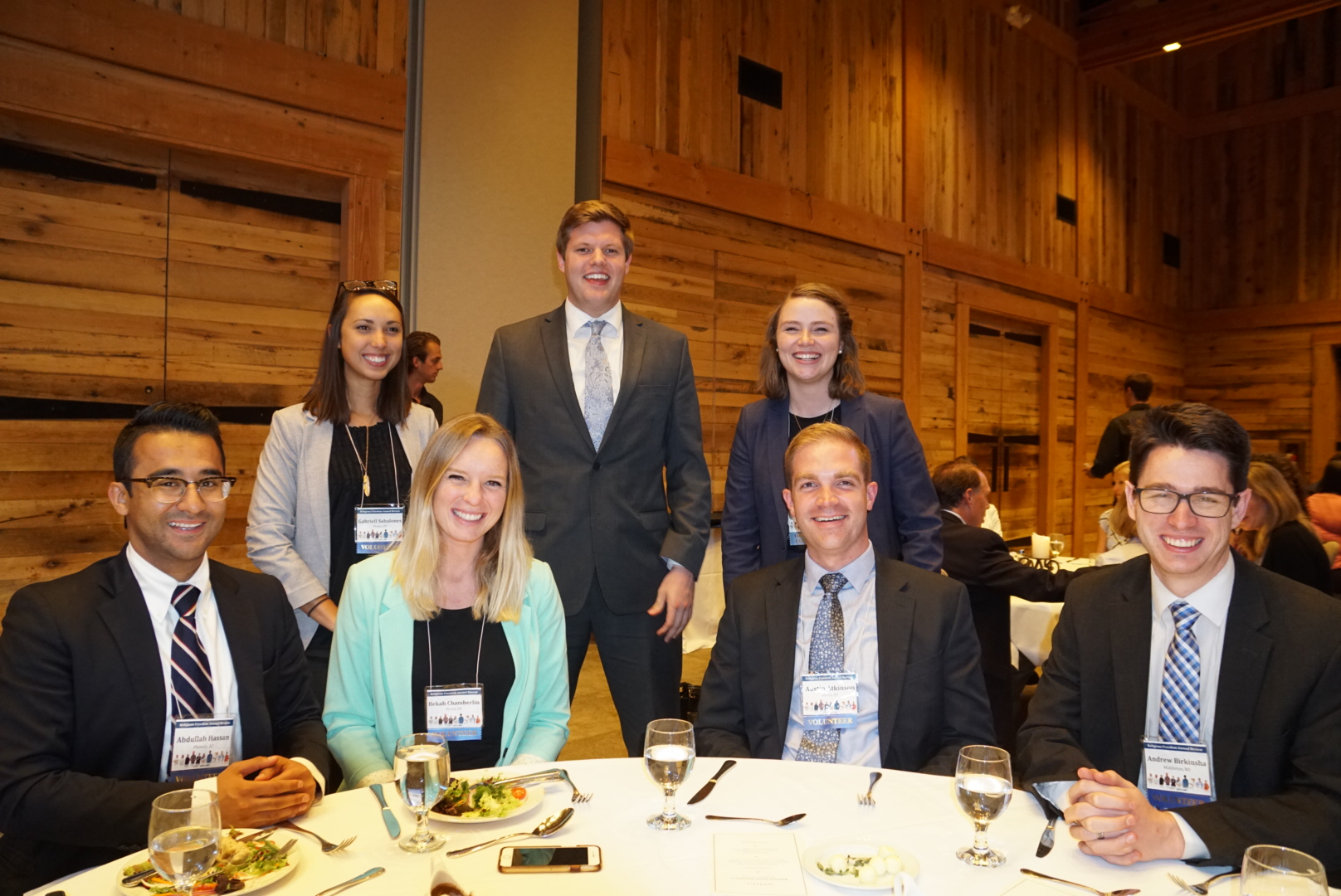 Andrew and classmates enjoy a meal together after volunteering with the Center.

Besides his extensive academic endeavors, Andrew helped bring balance to the demands of law school by organizing intramural teams with his classmates. He’s been part of ultimate frisbee, inner tube water polo, flag football, and soccer teams, and has captained many of them. Just as fun as the sports are the team names: Torts Illustrated, Iqballers, and Habeas Scoreplus.

Through all of his opportunities, Andrew said a favorite part of his law school experience was the community he was part of at BYU Law. “When I think of experiences that I look back on fondly, I just think of interactions that I’ve had with my fellow law students—opportunities to serve and grow,” he said.