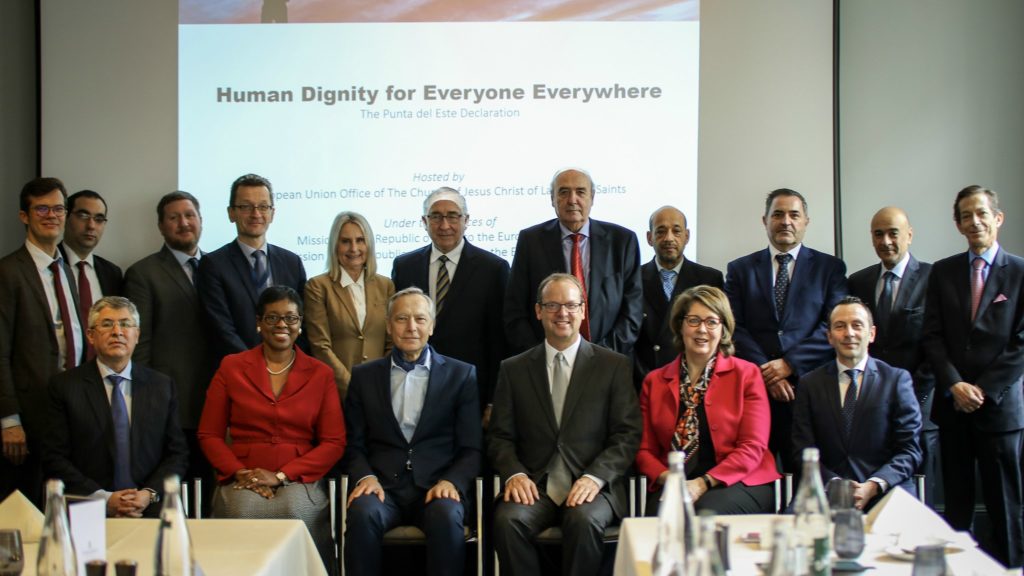 On February 24, 2020, the European Union Office of The Church of Jesus Christ of Latter-day Saints hosted a diplomatic luncheon to discuss the Punta del Este Declaration on Human Dignity for Everyone Everywhere. The event was organised under the auspices of the Mission of the Republic of Honduras to the European Union and the Mission of the Republic of Peru to the European Union. In addition to prepared remarks by H.E. Mr. Roberto Ochoa Madrid and H.E. Mr. Gonzalo Gutierrez Reinel, respectively the heads of mission of Honduras and Peru to the EU, guest speakers included Dr. Jàn Figeľ, former European Commission’s Special Envoy for the promotion of freedom of religion or belief outside the European Union (2016-2019); and Professor David Moore, Law Professor and Associate Director of the International Center for Law and Religion Studies at Brigham Young University. Attendees included ambassadors and diplomats who collectively represented 11 different countries, situated mostly in the Western Hemisphere. Various European Union representatives rounded out the very diverse and distinguished gathering.

Read the full report of the event.