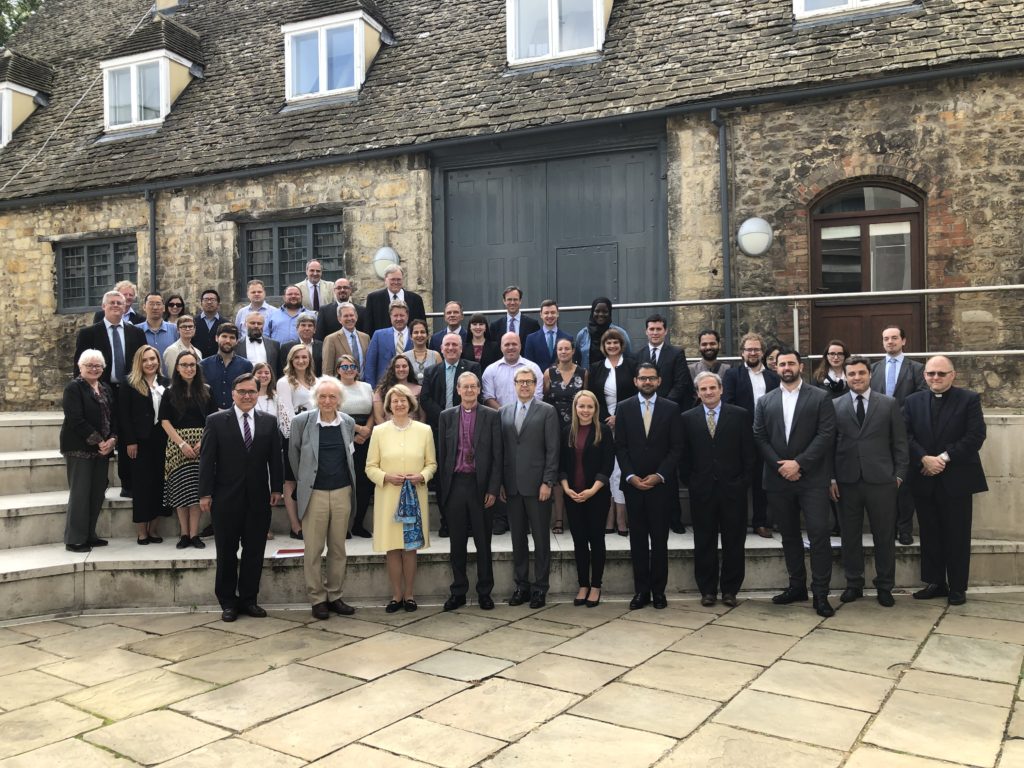 The International Center for Law and Religion Studies, the AMAR Foundation, and LDS Charities hosted a conference on Religious Persecution in the World Today: Diagnoses, Prognoses, Treatments, Cures at Christ Church College, Oxford University on the 2-3 of August 2019. The conference was held in conjunction with ICLRS’ Young Scholars Fellowship on Religion and the Rule of Law held 22 July to 10 of August.

This conference focused on the contemporary phenomenon of religious persecution, with a particular emphasis on better understanding how to diagnosis the causes of religious persecution in the world today, to reflect upon the diagnoses of how the persecution phenomena can be ameliorated, and what the treatments are to help address crises of persecution, and what the long-term cures are for religious and other forms of persecution in the world today. The goal of the conference was to present working papers that can be developed into a book that will focus on creating a road map to help persecuted groups traverse the terrain from persecution to inclusion.

Nearly seventy-five years after the end of World War II, and seventy years after the adoption of the Universal Declaration of Human Rights, in many parts of the world there are severe instances of religious persecution – not just discrimination, marginalisation or hostility, but mass atrocities, including murder, torture, bodily harm, rape and sexual violence, slavery and forced labor, forced displacement, forced conversion, and atrocities that may be classified as crimes against humanity, war crimes or even genocide. Seventy years after the world in the Universal Declaration of Human Rights collectively resolved “never again” in response to the horrors of the Holocaust, we find ourselves once again facing serious cases of religious persecution that cannot be neglected. This in spite of the fact that communication is better than it has ever been, with ease of transportation better than it has ever been, diaspora able to communicate easily with local communities, social media that has democratized the ability to shine a spotlight on problems – factors that it seems should mitigate persecution. And yet, we see examples of persecution in various places in the world: Amadis in Pakistan; Yazidis in Iraq; Rohingyas in Myanmar; Baha’is in Iran and Yemen; Christians in many parts of the Middle East; Uighurs and Tibetan Buddhists (among others) in China; Christians and Muslims in India; and resurgent anti-Semitism in France and other parts of Europe – to name a few.

This conference aimed to achieve a better understanding about why this is happening now, and what can be done to help minority groups traverse the terrain from persecution to inclusion.

The first day was devoted to the question of Why. Why do we see such persecution today? What are the factors, large and small, that contribute to persecution today? How do we diagnose the contemporary phenomena of religious persecution? The conference opened with a keynote given by Baroness Nicholson of Winterbourne who spoke on the AMAR Foundation’s efforts to assist the Yazidis and the research done into historical genocidal attacks over the centuries. Read more from the Baroness’s perspective:  Helping the Yazidis and Ending Religious Persecution.

The second day was devoted to questions of prognosis, treatments and cures. What is the prognosis, and what are the treatments and cures for religious persecution? What are the factors that make the journey from persecution to inclusion possible, including what needs to be done by the international community to effectively address the issue of religious persecution and how processes of inclusion can help ensure the future of persecuted communities.

Organizers of the conference were: