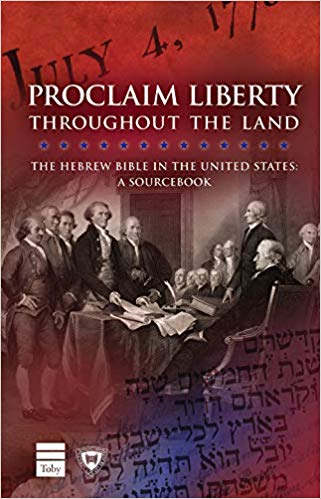 Rabbi Dr. Meir Soloveichik, director of the Straus Center for Torah and Western Thought at Yeshiva University, gave a lecture entitled “Proclaim Liberty Throughout the Land: The Hebrew Bible in the United States” during an event hosted by the International Center for Law and Religion Studies on Nov. 19.

Dr. Soloveichik explained that at the time the Declaration of Independence was signed, John Adams, Thomas Jefferson, and Benjamin Franklin were assigned to develop a seal for the newly formed United States.

Adams wrote in a letter about the seals that Franklin and Jefferson had proposed. Both drew upon biblical stories for their designs.

Franklin proposed a seal depicting the Israelites crossing the Red Sea. Included in the seal were the words “rebellion to tyrants is obedience to God.” According to Soloveichik, Franklin… select[ed] a scriptural story in which God himself miraculously intervenes in the natural order and redeems his people.”

Jefferson suggested a seal depicting the Israelites journeying in the wilderness. “Jefferson’s symbol… emphasizes the courage of the people of Israel to journey into the desert,” Soloviechik said. “It celebrates not the miracle of God but rather the miracle of the human spirit.”

According to Soloveichik, the two stories, while both based on biblical narratives, have significantly different themes. “One [is] about divine intervention and one about human courage and human faith—freedom as a journey.”

Soloveichik expounded the themes of the two seals in great depth. Discussing the Franklin seal, Soloveichik said that Franklin was conveying that the political and the theological are intertwined. “We cannot discuss liberty without discussing monoetheism,” he said.

The Jefferson seal, he explained, explored another aspect of freedom. “It reflects the fact that [Jefferson] also understood that freedom was just the beginning,” he said. “While the concept of being bound by law may seem anemical to freedom, it is actually part and parcel of it.” Quoting Catholic theologian George Weigel, Soloveichik explained that freedom, as Jefferson saw it, can be understood as “a matter of gradually acquiring the capacity to choose the good and to do what we choose with perfection.”

“[Franklin and Jefferson] understood the symbolism of the stories that they each selected as the national seal,” Soloveichik said. “Taken together in tandem, they give us…not only a complete picture of the Exodus story but also a political theology of freedom through which we can reflect on the Hebraic heritage of the United States and the future of faith in American society.”

These Hebraic American allusions and others are further explained in Proclaim Liberty Throughout the Land: The Hebrew Bible in the United States: A Sourcebook, which the Straus Center for Torah and Western Thought at Yeshiva University released earlier this year. 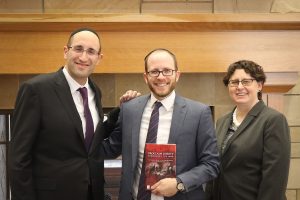 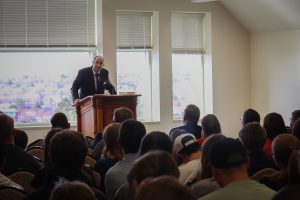 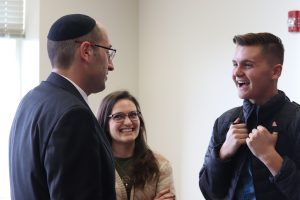